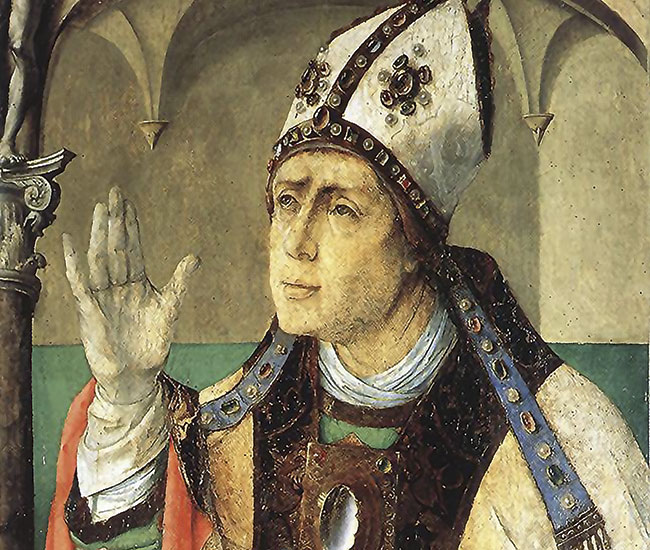 — Early 400s Seven liberal arts are explicitly codified in On the Marriage of Philology and Mercury by Martianus Minneus Felix Capella.

— Early 500s The word quadrivium begins to be used for the four “upper” liberal arts—music, arithmetic, geometry, and astronomy.

— c. 524 Boethius defends classical education in The Consolation of Philosophy.

— 782 Alcuin takes charge of Charlemagne’s palace school, where he guides an educational renaissance.

— Early 800s The word trivium begins to be used for the three “lower” liberal arts—grammar, logic, and rhetoric.

— 1088 The University of Bologna is founded.

— 1185 Herrad of Landsberg completes her encyclopedia, The Garden of Delights.

— 1209 Some Oxford students and professors found their own university in Cambridge.

— 1210 The first of three condemnations is issued against the theology faculty of the University of Paris banning ideas connected to Aristotle’s philosophy; other condemnations will come in 1270 and (most famously) in 1277.

— Early 1400s Teachings of John Wycliffe and Jan Hus, and a dispute over rival popes, cause controversy at Prague.

— 1409 Decree of Kutná Hora gives decisive control of the University of Prague to its Bohemian faction. German students and professors leave and found a new university at Leipzig.

— 1502 Frederick the Wise of Saxony establishes the University of Wittenberg.

— 1508 Martin Luther is invited to teach at Wittenberg; his presence there will make it a center of the Protestant Reformation.

— 1529 Erasmus publishes On the Teaching of Boys.

— 1690 Friedrich of Brandenburg calls Christian Thomasius to Halle to found a new university.

— 1692 August Francke arrives in Halle, where he will serve as professor of Greek and Hebrew.

— 1694 The University of Halle officially opens.

— 1787 A revival breaks out at Hampden-Sydney College in Virginia that will ultimately seed the Second Great Awakening.

— 1806 Napoleon reopens Paris as the University of France.

— 1809 The University of Berlin is founded under a new approach that makes universities centers for professionalized research.

— 1828 The Yale Report reaffirms the value of classical education and Christian civilization.

— 1835 Charles Finney comes to Oberlin as a professor; he will become president in 1852.

— 1852 John Henry Newman writes The Idea of a University.

— 1871 In the Universities Test Act, the U.K. Parliament removes the qualification that students and professors at Oxford, Cambridge, and the University of Durham must belong to the Church of England.

— 1870s Oberlin begins to require segregation of the races on campus.

— 1945 Lewis publishes That Hideous Strength, set in part at a college. He will later address the topic of education in his Narnian works.

— 1964 Princeton stops requiring chapel attendance, the last Ivy League school to do so.

— 1970 A famous revival erupts at Asbury College in Kentucky; the University of Paris is closed and divided into 13 separate schools.

— 1978 The Society of Christian Philosophers is founded.

— 1994 Mark Noll publishes The Scandal of the Evangelical Mind.