It Happened on SEPTEMBER 23 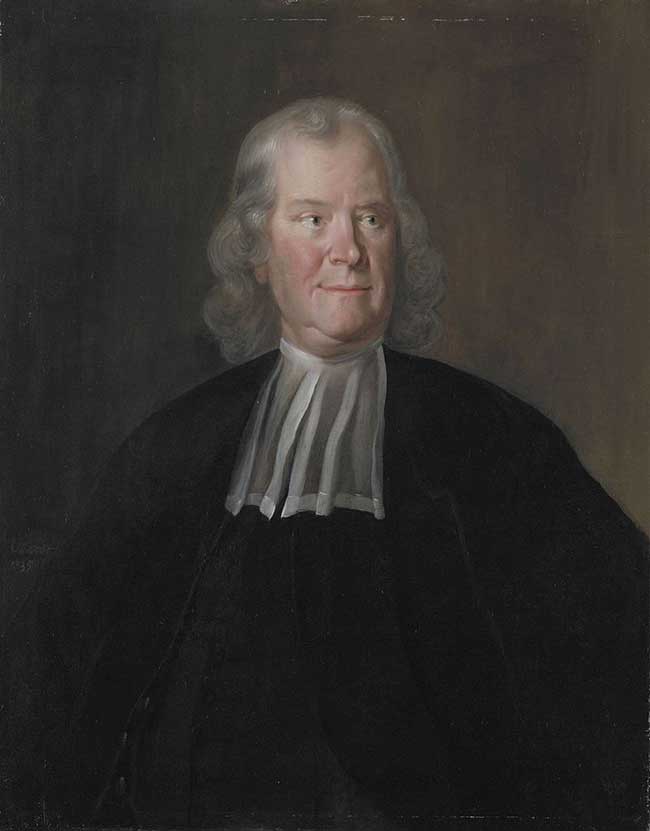 Hermann Boerhaave planned to become a minister. Born the last day of 1668, he entered the University of Leyden at fifteen-year-old to begin pre-theological studies and graduated with a degree in philosophy in 1690 aged twenty-one. However, gossip closed pulpits to him. Tired of hearing some men rant ignorantly against Spinoza, the Deist, he asked them if they had read Spinoza’s work. They hadn’t. Boerhaave was soundly orthodox, but word spread that he was a Spinozist. The result was not disastrous, however.

As a child he had suffered from a leg ulcer. When no doctor was able to cure it, he created a concoction of his own that worked. His courses so far had included studies in the natural sciences. School officials had noticed his hard work cataloging a collection of books and recommended him for the medical program at Leyden. Proficient in mathematics and chemistry (he was the first to isolate urea) he accepted the new direction, but acquired his medical degree at Harderwijk (1693) which had a less expensive program. Because his father had died in 1684 and his stepmother was unable to support him, he had to make his way as economically as possible.

He set up a small practice in Leyden, where he worked from his stepmother’s house, visiting a few patients. His income came less from medical fees than from tutoring mathematics. When the chair of medical lecturer came open at the University of Leyden in 1701, college trustees who had observed his persistence and character approached him about accepting the post. Boerhaave hesitated from a modest undervaluing of his own worth. His eventual assent opened the door to his worldwide fame.

Years of intense application in every branch of knowledge had given him depth. Leyden's medical program was then in decline; he single-handedly resuscitated it and made it the model for Europe. Students came, listened, and filled notebooks with his lectures on medicine. Word got around. It did not hurt that he was sociable, approachable, quick to credit others, and peaceable.

Asked how he could calmly receive serious provocation, Boerhaave confessed that he overcame his quick temper by daily prayer and meditation. His practice was to spend an hour in prayer and meditation each morning as soon as he rose from bed, obtaining strength for the day. When a certain mechanist vilified Boerhaave declaring that Boerhaave was undermining Christianity by rejecting some Cartesian doctrines, authorities in Leyden would have inflicted severe discipline if Boerhaave wished it, but the great doctor replied that he would “think himself sufficiently compensated” if his opponent was let off with a warning.

His character proved his faith. He was deeply loyal to anyone who had given him a leg up. When the University of Gottingen offered him a full professorship of medicine, he turned them down to stay in Leyden. In return, Leyden University promised him the first professorship that opened (which was botany in 1709). As another instance of loyalty, he felt he owed a great debt to the writings of the English physician Thomas Sydenham. Consequently he always raised his hat when the doctor’s name was mentioned. Boerhaave’s loyalty was also shown by his lament that he had been able to do so little for his stepmother in return for her kindness. To repay his debt to her, he assisted his stepbrothers and stepsisters whenever he could.

For several years, Boerhaave held three professorships at Leyden: botany, chemistry, and clinical practice. In 1729 he resigned the first two and concentrated on the third.

As clinician, Boerhaave revived the lost art of bedside teaching. He gave lectures in two wards of six beds each, one for men, the other for women, selecting interesting cases for admission to ensure that his pupils received exposure to as wide a variety of ailments as possible.

Boerhaave’s methods spread swiftly in part because of his decision to lecture in Latin, still widely used in educational settings. Several of his pupils became notable innovators in their own right, not least Albrecht Haller (1708–1777) and Gerard van Sweiten (1700–1772), who published many of his lectures. From them we learn that his procedure was to visit his patients each day, greeting them with affection and kindness. When a sick person first came to him, he asked questions, recorded a clinical history, examined the state of the patient, and logged those details along with his diagnosis and prognosis. Each day thereafter, he updated these notes according to the progress of the patient. (Interestingly, among his techniques was to take body temperatures, making use of the best thermometer designs of Daniel Gabriel Fahrenheit.) Senior students were invited to give advice. Many doctors consulted him by post. His name was so renowned that a letter addressed by a Chinese Mandarin merely “to the Illustrious Boerhaave, Physician in Europe” reached him.

Boerhaave won popularity through his concern for people. The poor, he said, were his best patients because God paid for them. So beloved was he that when he recovered from a severe illness (gout or rheumatism) in 1722, Leyden’s church bells pealed to signal his recovery.

He died on this day, 23 September 1738. Famed literary critic Samuel Johnson (1709–1784) observed, “His piety, and a religious sense of dependence on God, was the basis of all his virtues, and the principle of his whole conduct.”