It Happened on SEPTEMBER 16 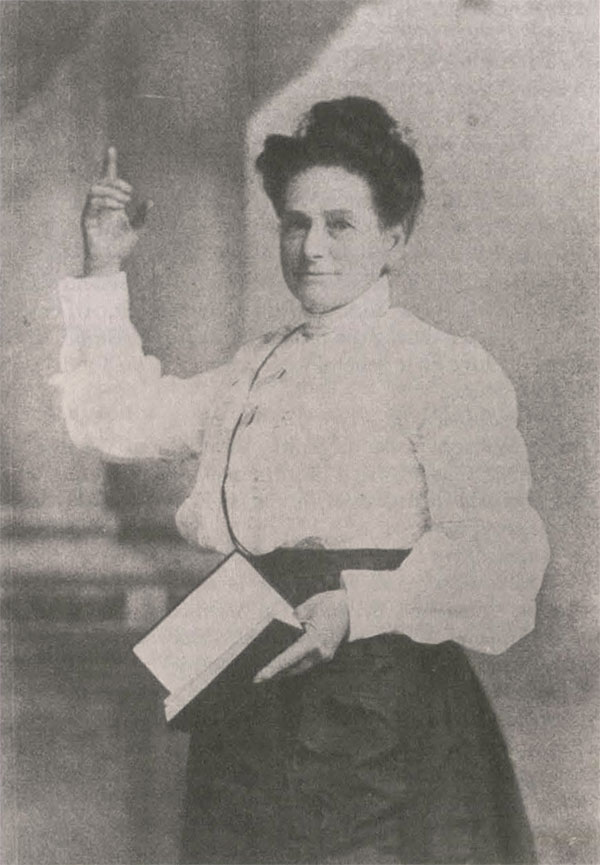 [Maria Woodworth-Etter from her autobiography.]

IN THE PREFACE to her autobiography, Maria Woodworth-Etter wrote:

My object in putting this little work before the public is to show to its readers that it is useless to fight against God, but that they should lead sinners to the cross and to repentance, and induce those whom God has called to stand upon the walls of Zion to proclaim his truths to a dying world, and not to put off doing what God designs them to do because they feel weak and unworthy, but to trust him and go forward in the discharge of duty.

Converted at thirteen and filled with the Holy Spirit, she nonetheless admitted she resisted God’s call for many years.“Soon after I was converted I heard the voice of Jesus calling me to go out in highways and hedges, and gather in the lost sheep of the house of lsrael.” Scared to preach the gospel because she was a woman and a teenager, and unable to face probable ridicule, she instead married Philo Horace Woodworth. He proved to be an unstable and unfaithful husband with frequent mood swings: “At times he was on the mountain-top, and then again he would be down in the valley in his religious experience.”

They had five children together but four of them died young, which she attributed to her disobedience to God’s call. Finally when she was thirty-five, she ventured to preach in public. She began by speaking a little in a Quaker assembly where such behavior was normal. But her husband and remaining daughter resisted and her own fears held her back. However, she saw visions in which Christ commanded her and promised to be with her:

As I continued to read my Bible I saw that in all ages of the world the Lord raised up of his own choosing, men, women, and children—Miriam, Deborah, Hannah, Hulda, Anna, Phoebe, Narcissus, Tryphena, Persis, Julia, and the Marys, and the sisters who were co-workers with Paul in the gospel, whose names were in the Book of Life, and many other women whose labors are mentioned with praise.

She became afraid of hiding away her “one talent.” Her first public efforts were with people she had lived among, which was hard for her because they knew her with all her faults. Yet she found strength.

Over time, she gained courage and her efforts were crowned with enough success that nearby churches requested her as their pastor. She refused, for she felt her work must be as an itinerant evangelist. Gradually her crowds grew larger so that her tent, which held eight thousand people, was too small. Philo impeded her efforts by exploiting the crowds to sell refreshments. In 1891 she divorced him for repeated instances of infidelity. (He immediately married a sixteen-year-old girl but died the following year.)

Meanwhile, Maria searched the Scriptures to see what they had to say about women preaching. She took to heart the prophecy of Joel which predicted that in the latter days “Your sons and your daughters shall prophesy.” Her position that this was meant for the church was reinforced by testimony from the Acts of the Apostles that Philip’s four daughters had prophesied.

Her revival services became famed for the trances she experienced while under the power of the Spirit. Sinners would also fall into trances under conviction of sin. Thousands of people crowded her tent and many were saved.

In 1902 she married Samuel Etter who was fully supportive of her ministry. Shortly afterward she began to preach healing as well as repentance and experienced success in that ministry, too.

On this day 16 September 1924 Maria Buelah Woodworth-Etter died. With her emphases on the role of the Holy Spirit, on women’s roles in evangelism, and on healing, she is regarded as a precursor of Pentecostal evangelism.

READ MORE ABOUT MARIA WOODWORTH-ETTER IN CHRISTIAN HISTORY 58, THE RISE OF PENTECOSTALISM