It Happened on SEPTEMBER 11 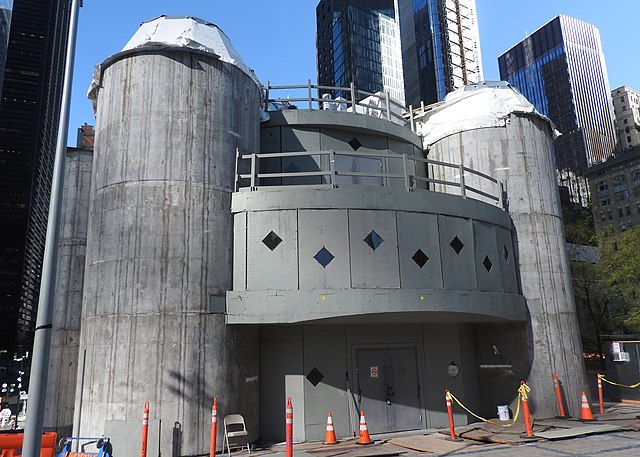 [Above: Looking south over a construction fence at church on a sunny day reflected by WTC building—Jim.henderson /[CC-By-SA 4.0] Wikimedia]

The Twin Towers of the World Trade Center were completed in the 1970s. The little Orthodox church, only thirty-five feet tall, sat in the shadows of the giant skyscrapers which each stood over 1,360 feet.

Seventy New York families worshiped in the small building, and Greek Orthodox visitors to the city often joined them. The church housed relics of St. Nicholas, St. Catherine, and St. Sabbas the Sanctified.

On this day, 11 September 2001, Muslim terrorists flew planes into the Twin Towers of the World Trade Center. Hit at 9:03 AM, the South Tower collapsed less than an hour later, destroying the St. Nicholas Greek Orthodox Church. The sexton and an electrician escaped with minutes to spare. No one was inside when the church was destroyed.

The Greek Orthodox community immediately resolved to rebuild. However, they first had to raise funds and hammer out an agreement with New York’s Port Authority. An agreement reached in 2008 broke down. Only with intervention of the state’s governor did the Port Authority and church come together to finalize a new deal in 2011.

Nineteen years after the attack, the church was incomplete. Cost overruns and a work stoppage during the 2020 pandemic delayed completion. The parish then made it their goal to have the rebuilt church open as a national shrine on this day, 11 September 2021—twenty years to the day after it was destroyed. The church's July 2021 newsletter was hopeful the exterior would be completed by the 2021 anniversary.

[In September 2022 Father Alexander Karloutsos, Protopresbyter of the Ecumenical Patriarchate, asked Christian History Institute to update this story, noting that the Church’s exterior was completed in September 2022 and that the iconography would be complete by 1 November 2022.]