It Happened on SEPTEMBER 10 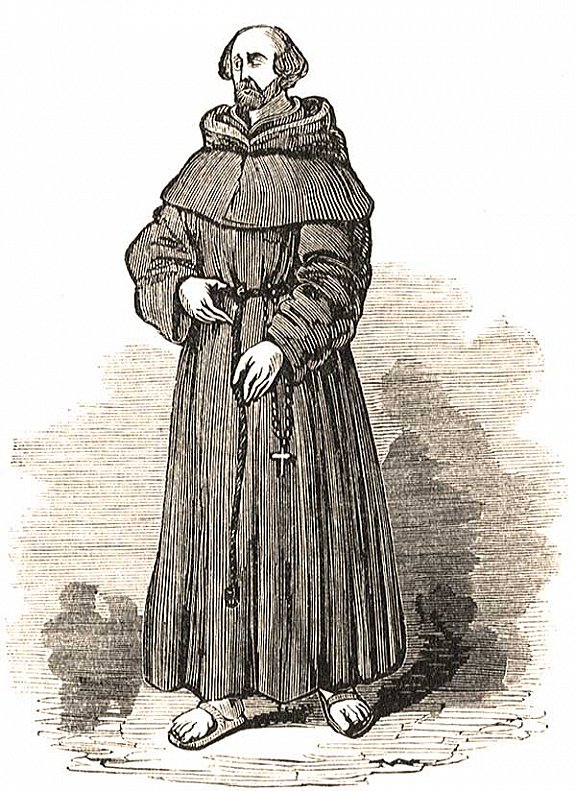 “In the year of the Lord 1224, in the time of the Lord Pope Honorius (in the same year, that is, in which the Rule of the Blessed Francis was by him confirmed), and in the eighth year of the Lord King Henry, son of John, on the Tuesday after the feast of the Nativity of the Blessed Virgin, which that year fell on a Sunday, the Friars Minor first arrived in England, landing at Dover.”   So begins Thomas of Eccleston’s account of the arrival of the first Franciscan friars in England.

On this day, 10 September 1224, nine poorly dressed men landed. They immediately begged for food at a well-to-do farmhouse, where a woman fed them and said they could sleep in the barn. Next morning, they woke to find they were locked in and surrounded by suspicious neighbors. The local magistrates questioned them.

Their lives were in danger unless they could prove they were not vagabonds, robbers, spies—or heretics. They explained they were Franciscans, but no one had heard of the new monastic order. Finally one of the Franciscans took his rope-belt and said, “If you believe us to be either [criminals or heretics], then take these cords from around our waists and hang us from the beams of this barn.” His boldness swayed the crowd in their favor.

Led by Agnellus of Pisa, the friars and their lay associates headed for Canterbury, where they were more kindly received. Their coming to England spurred much-needed reforms. According to Robert Grosseteste, a prominent English bishop, the church was in a sad state of corruption. Many of the clergy were ignorant. They idled, gambled, haunted taverns, rioted, and indulged in sexual sin. Grosseteste disciplined his see (the area ruled over by a bishop), but many other bishops were corrupt or lived too far away to notice rampant evils in theirs.

In contrast to the arrogance which marked the higher clergy, the friars apologized quickly if they offended anyone. Far from flaunting wealth, they walked barefoot and lived simply. They founded friaries across England in which they sang and prayed. From these bases, they recruited followers, cared for the sick, and preached to the poor. The people listened gladly to their teaching. By their example, they raised the standard of religious practice in England.

Bishop Robert Grosseteste became their guide. He warned them to fix themselves on Scripture or they, too, would become corrupt. Because of their popularity, his warning was needed. By mid-century, there were fifty friaries. Before the end of the century, the friars themselves were accumulating wealth and beginning the drift which would cause John Wycliffe to denounce them in the fourteenth century.