It Happened on AUGUST 15

MUSLIMS AND CHRISTIANS CLASHED AT CONSTANTINOPLE 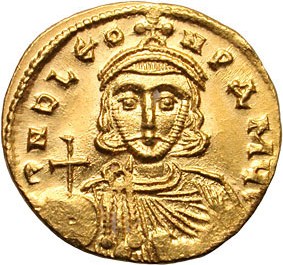 Emperor Constantine made Byzantium his capital in 324, calling it “New Rome.” Constantinople, as it came to be known, fell to the Turks in 1453, over eleven hundred years later. Between those dates many events of importance to the Christian world happened there.

With the rise of Islam, the future of Constantinople looked grim. A series of weak and foolish emperors frittered away the eastern half of the Roman Empire. But in 664 Constantine IV, while still a teenager, massacred a Muslim force that wintered one hundred and sixty miles south of Constantinople. He showed military brilliance during a 674-677 offensive when Caliph Mu'awiya attempted to sail to the city with an army. Because the eastern Roman empire had few ships left, Constantine IV built a fleet of small vessels that could outmaneuver warships. He equipped his larger ships with spouts to project a newly invented chemical weapon—Greek fire. He drove off the Muslim armada and a storm completed the destruction of their navy.

During the next forty years, Christians lost most of their conflicts with Muslims. Around 712, the Saracens decided it was time to finish off Constantinople, which would free them to advance into Europe from the east. Moslemah amassed troops and ships and conquered key positions. In 717 and 718 Islamic armies marched against Constantinople, supported by an enormous fleet. Before them lay the promise of rich booty.

Fortunately for Christendom, Leo III “the Isaurian” usurped the throne and became emperor in the nick of time. (With unusual charity, he merely exiled his timid predecessor rather than kill him.) He had just five months to prepare for the coming blow. A masterful leader, he used those months wisely.

When the Muslims arrived in seemingly invincible numbers, Leo offered Moslemah a piece of gold for each inhabitant of Constantinople in exchange for Moslemah’s withdrawal. Had Moslemah known what lay in store for him, he might have accepted. But what were bags of gold compared to the entire wealth of the city he expected shortly to possess? He declined.

The assault began. Within minutes Moslemah’s troops were fleeing with shrieks of agony, covered with a burning substance they could not extinguish. Even the bravest men could not face the Greek fire that the Christians had secretly perfected since their first use of it four decades earlier. Moslemah built a stone wall for protection and hunkered down to starve out the city. His ships sailed into the Black Sea prepared to enforce an embargo.

Leo’s boats met them with Greek fire, destroying several of their ships. The rest regrouped. The best ships, with armored men, approached the city wall and attacked. Leo warded them off and they had to withdraw into the ocean.

On land, Moslemah’s men found themselves short of supplies. They had expected a quick victory but now had to eat their own horses and camels. Months of snow caused misery for troops from Egypt and other southern countries where frozen precipitation was unknown. Pestilence spread.

Christian sailors who had been pressed into service by the Muslims defected to Leo, directed him where to send fire ships, and warned him that a third navy was approaching from the south. They coordinated a revolt that seized many Muslim ships as spoils of war. Leo also learned that an army of Muslim reinforcements was headed north. Without hesitation, he set an ambush that surprised these invaders and scattered them with heavy losses.

He then persuaded the Bulgars to attack Moslemah from behind. Moslemah lost that battle. Leo also spread rumors that a contingent of Franks was on its way to assist his beleaguered city. Alarmed by this “news,” the Muslims had to decide their next move.

This day, 15 August 718, was a red-letter day in the history of Constantinople and of the western church. The Saracens lifted their siege. Because it was the Feast of the Assumption of Mary, Christians ascribed their victory to the mother of Christ.

Instead of crushing the city, the Muslims were themselves crushed. By Arab estimates, they lost one hundred and fifty thousand soldiers. The Caliphate also lost more than two thousand ships to confiscation, battle, and the elements.

After Moslemah’s retreat and the subsequent defeat of a Caliphate army in 740, Islamic expansion slowed for centuries. Meanwhile, Leo reformed government and church. He was hindered by internal struggles because his empire was divided over the use of icons, which Leo considered idolatry. Nonetheless, his sensible remedies for civil and economic disorders and his firm application of the Justinian code stabilized eastern Christendom, so that it lasted seven centuries longer, known to history as Byzantium.