It Happened on JULY 21

MORE QUESTIONS THAN ANSWERS ABOUT THE ARCHBISHOP OF CARNIOLA 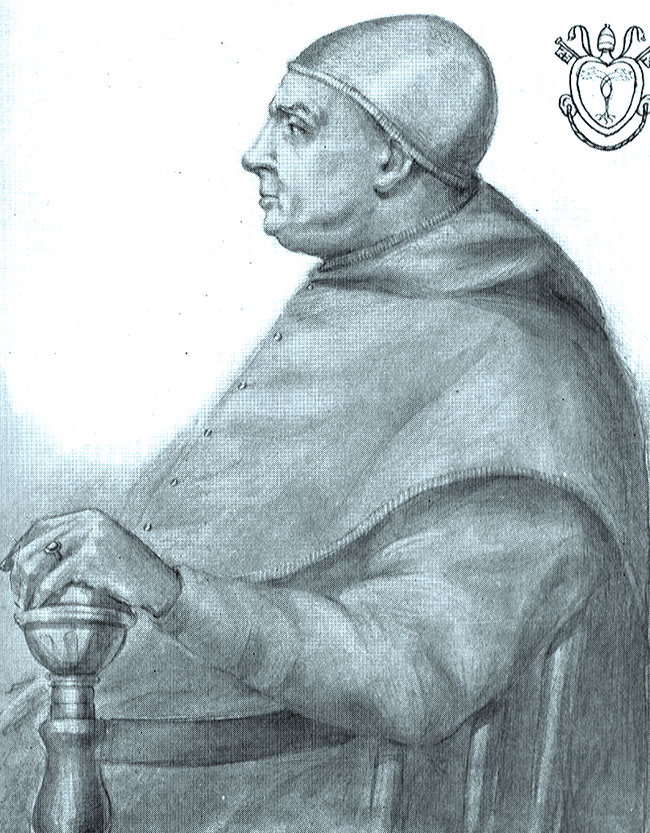 [Above: Pope Sixtus IV with whom Andrew of Carniola took issue. Chevalier Artaud de Montor. Lives and Times of the Popes. [public domain] 1911.]

Was he insane? Did he really commit suicide in prison?

Those two questions face the historian who studies the life of Archbishop Andrew of Carniola. But his life raises other interesting questions. For instance, where was he born? How much of his attack on the papacy was out of principle and how much out of pique because the pope would not make him a cardinal?

Andrew was probably from Slovenia. He became associated with the Dominicans. Holy Roman Emperor Frederick III used his influence to have Andrew made archbishop of Carniola (Crain). Even the details of the extent and seat of his diocese are not clear. At any rate, he was a non-resident who acted on behalf of Frederick.

While Andrew was on an embassy to Rome, Pope Sixtus IV refused to make him a cardinal. When Andrew denounced Sixtus, the pope imprisoned him. Frederick obtained his release. Andrew then traveled to Florence, Milan, and Basel, attempting to raise a coalition against the pope. The Basel Council (1431–1449) had asserted that councils are above popes. The council was never able to gain traction with this claim. But to Basel went Andrew. On this day, 21 July 1482, he posted an arraignment of Pope Sixtus on the cathedral doors, demanding a council to investigate Sixtus.

He accused the papacy of infamous behavior, of creating “the most serious occasions of stumbling and damnable transgressions....” Rome’s behavior, he charged, divided the church with innumerable “battles, sects, sins, faults, injustices, errors, and disadvantages.”

Felix Fabri, a traveling friar, gave an eyewitness account of one of the pope’s countermeasures.

There came into our province [the region of Ulm, Germany] the General of the whole of my Order of Preaching Friars, to wit, Salvus de Casseta of Palermo, sent by the Holy Father, Pope Sixtus IV, to oppose the Lord Andrew, Archbishop of Carniola, who, moved by I know not what spirit, was trying to assemble a General Council at Basel, and who dwelt there under the protection of the Emperor Frederick III. Now, in order that the aforesaid Master of the Order of Preaching Friars might act more effectually against the archbishop, he invited all the best-known preachers of our province to meet him at the convent at Colmar. Among these I was sent, and came to the aforesaid convent to hear and obey his orders.

Sixtus excommunicated Andrew and ordered Basel’s authorities to arrest him, which they did. Four months later, prison authorities announced they had found Andrew dead, having he hanged himself. Some historians suspect the “suicide” was actually murder.

Because of Andrew’s rancor toward the pope and the assessment of his personal secretary, Peter Numagen of Treves, that the archbishop was mad, he is not usually numbered among the precursors to the sixteenth-century reformers.