It Happened on JUNE 30 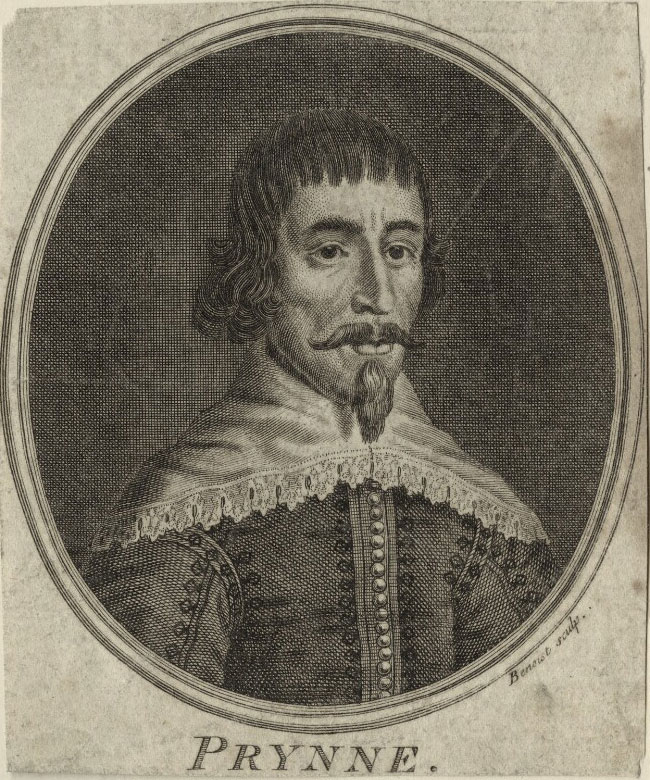 On this day, 30 June 1637, William Prynne was pilloried with Henry Burton and John Bastwick. The authorities cropped the stubs of Prynne’s ears, cropped three years earlier for a libel, and he was branded with the letters “S.L.,” standing for “Seditious Libeler.” On his way back to prison, he wrote some Latin verses claiming that S.L. stood for stigmata laudis—a pun meaning either “sign of praise,” or “sign of Laud.” Archbishop William Laud was his persecutor.

Prynne, Burton, and Bastwick were Puritans who had no connection with each other apart from standing trial together. Each had criticized Charles I’s government and the Church of England. (Prynne's pamphlet repudiating acting, a favorite pastime of the queen, was responsible for his first ear cropping.) Prynne alone wrote two hundred political and religious pamphlets over the course of his stormy life, several of them running to hundreds of pages. The Star Chamber, an abusive court directly under the king’s authority, convicted him of libel. All three prisoners were sent to fortresses isolated from friends and family, denied writing implements, and forbidden most books. Crowds lined Prynne’s route to Caernarvon Castle, North Wales, cheering him and shouting, “God bless you!”

The government soon shifted him to Jersey Island to make it harder for him to communicate with the outer world. This move was kept secret to prevent crowds showing their support. After Prynne was taken aboard ship, the weather became so bad that the four-hundred-mile voyage took fourteen weeks and the leaky tub was often close to foundering.

On Jersey Island, Prynne’s imprisonment was alleviated by Sir Philip Carteret, who treated him kindly. He often invited the prisoner to meals with his family and talked with him. Burton’s imprisonment on Guernsey was also moderate—he managed to write a four-hundred page book on smuggled paper with homemade ink and goose feathers for quills. Poor Bastwick got no breaks: he was wretchedly treated on the Scilly Isles, chained nightly in a dungeon, and never given a bed.

The Parliament that King Charles I summoned in November 1640 (the Long Parliament) repudiated some of his despotic actions. It ordered the release of Prynne, Burton, and Bastwick. The three returned to London amid cheers. Naturally Prynne wrote an account of his imprisonment.

After the downfall of Charles, the new Commonwealth employed Prynne in its prosecution of Laud. Prynne amassed evidence against his former persecutor, apparently coaching witnesses to ensure he obtained a conviction against his enemy. However, Laud had acted legally, if unjustly, and Parliament had to change penalties after the fact to sentence him to death.

The triumphant Prynne soon fell afoul of Cromwell’s government and spent more years in exile. Although a Stuart king had treated him badly, and although Prynne was usually on the side of Parliament, he sided with Charles II. Following the restoration of Stuart rule, Charles II appointed him as historian of the tower of London. Prynne compiled a mass of information and court records that helped preserve the details of the period.