It Happened on JUNE 22 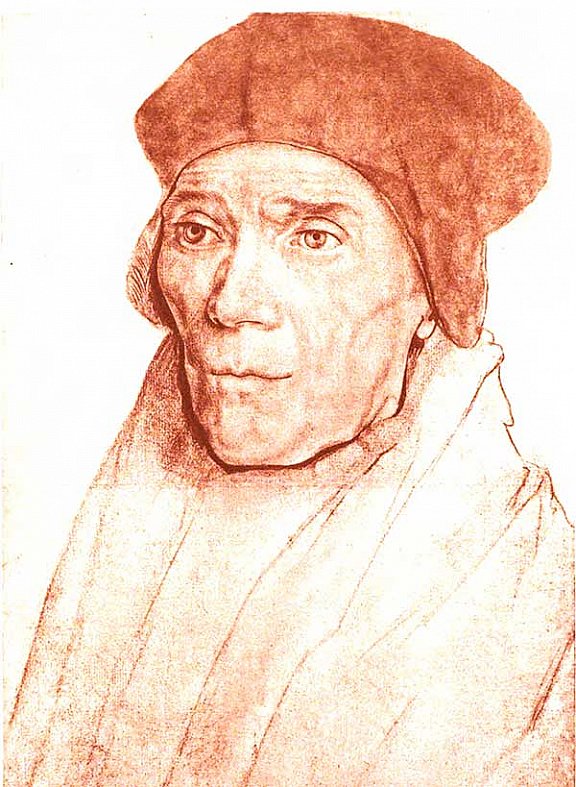 Bishop John Fisher lost his head for refusing to accept Henry as the church’s head.

“THIS YEAR also on 17 June was arraigned at Westminster in the king’s bench John Fisher, bishop of Rochester, for treason against the king,” wrote Edward Hall, a lawyer who chronicled the reign of King Henry VIII. Fisher’s “treason” was to deny that the king was Supreme Head of the Church of England, a position Parliament had ratified as law in the Act of Supremacy. Consequently, the Catholic bishop was condemned to be hanged and cut down alive, to have his intestines drawn out of his body and burned before him, to have his head cut off and his body divided into four parts to be set in such places as the king should choose.

King Henry VIII had originally appointed Fisher as Bishop of Rochester because of his learning, sanctity, and Christian devotion. Content with a small diocese, Fisher refused advancement to larger sees such as Lincoln and Ely. Afterward he became Chancellor of Cambridge College, where he revitalized the curriculum and imported Erasmus from the continent to teach Greek. (Erasmus described Fisher as “incomparable for uprightness of life, for learning, and for greatness of soul.”) As was usual for educated people of the day, Fisher wrote most of his works in Latin, although a few sermons and his Seven Penitential Psalms are in English.

[Christian History issue 122, The Catholic Reformation tells of other Catholics who sought to reform the church from within.]

Fisher wanted to reform the Catholic Church from within. One of the means he employed was to send priests throughout the realm preaching in English so the common people could understand. However, he wanted no part of the Protestant Reformation, rejecting Luther’s writings and condemning the reformer John Barnes.

At his own trial he pleaded that his actions and words were not malicious. After an intimidated jury found him guilty, the presiding judge asked him if he had anything more to say. He replied, “If that which I have before spoken be not sufficient, I have no more to say, but only to desire God to forgive them that have thus condemned me, for I think they know not what they have done.”

King Henry pardoned Fisher from the cruelest details of his sentence. On this day, 22 June 1535, he was beheaded without the other tortures. Thomas Bailey, Fisher’s biographer, attributed the following last words to him:

“Christian people, I am come hither to die for the faith of Christ’s holy catholick church and I thank God hitherto my stomach hath served me very well thereunto, so that yet I have not feared death: wherefore I desire you all to help and assist with your prayers, that at the very point and instant of death’s stroke, I may in that very moment stand steadfast, without fainting in any one point of the catholick faith, free from any fear. And I beseech Almighty God, of his infinite goodness to save the king and this realm; and that it may please him to hold his hand over it, and send the king good council [sic].”

After Fisher had recited two psalms, the executioner covered his eyes. The condemned man uttered a few short, fervent prayers, then stretched his neck on the block. The executioner struck off his head with one blow. Fisher’s body was dumped unceremoniously into a grave near the Tower of London. His head was shown to Anne Boleyn at her request, before being parboiled and mounted on a spike on London Bridge. CH