It Happened on JUNE 11 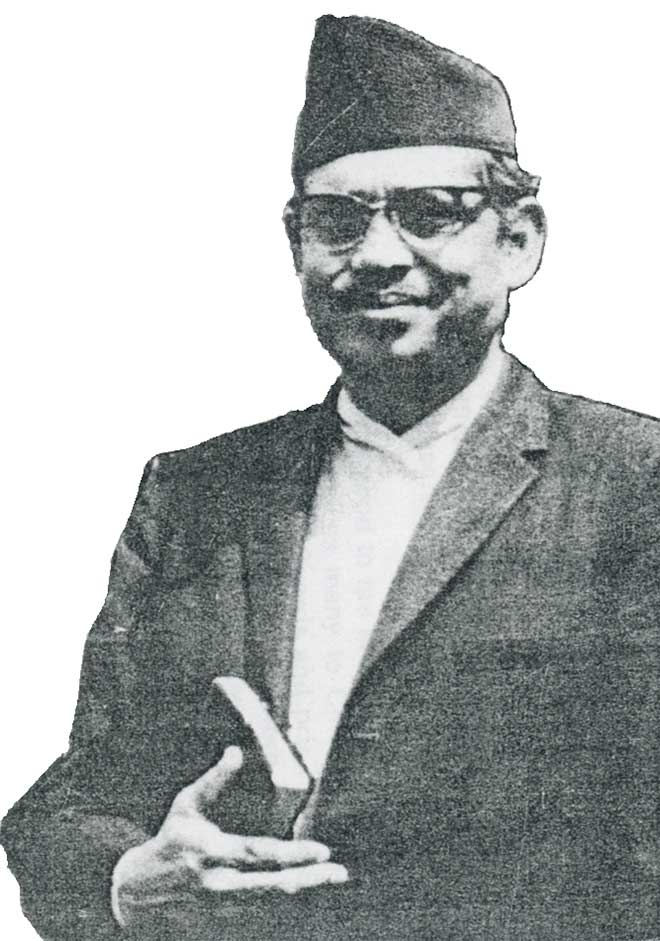 [Prem Pradhan from Power for Living]

On this day, 11 June 1965, evangelist Prem Pradhan began to behave strangely. A prisoner in a Nepalese prison with several months left on his sentence, he gave away his blanket and utensils (prisoners had to cook their own rice). His explanation seemed preposterous. He claimed that three months earlier, the Lord Jesus had told him during prayer that he would be released in ninety days. He had told the other Christians the good news and marked off the days on a Calendar. Today was the big day.

As the hours crept by with no word of his release, Communist prisoners began to taunt him. Suddenly the door opened. A guard walked in, announcing, “Prem Pradhan has been released.”

Pradhan had been a Hindu who served in the British armed forces. During World War II he was a fighter pilot in the British Royal Air Force until a gunshot wound left him with a permanent limp. India hired him as a tank commander after the war. While in this service, he became a Christian.

The Lord called Pradhan to share the gospel in Nepal. For three months he tried to do it in his spare time. At last he resigned and dedicated himself full-time to God’s call. Limping through Nepal, he slept in trees above the level to which tigers could leap, fending off tree-snakes with a piece of wood. It was two years before he made his first convert, a woman he healed of paralysis.

In Nepal, it was a crime to be baptized, punishable with a year in prison. All the same, Pradhan insisted all converts must be openly baptized. Jesus had suffered openly for us, he said, therefore we should openly acknowledge him. Of course, the pastor doing the baptism was subject to harsher penalties than the converts—six years in prison. Pradhan and his first converts went to prison. Altogether, Pradhan would be imprisoned fourteen times for a total of ten years.

Once he was imprisoned with mentally ill patients. He realized some were suffering demon possession and drove out the demons. Authorities then declared the men cured and set them free. They returned home to form the nucleus of new churches. Another time, Pradhan was isolated without food in a tiny, unlighted bin that had been used to store dead bodies. His guards thought he would go mad. One day a captor heard talking. When he asked Pradhan, “Who are you speaking with?” Pradhan replied, “Jesus.” When the guard shone his flashlight looking for Jesus, Pradhan promised him he could tell him how to find him. The guard became a Christian and relieved Pradhan’s incarceration.

Pradhan planted churches wherever a few converts were made. Later he became an educator. His family had taken his property when he became a Christian. Because educators are considered honorable professionals, they restored the land. He sold a portion to raise funds and built a school and orphanage on the remainder. These facilities were next to the Nepalese royal palace. Eventually the king would honor him for his orphan work and the queen would rescind taxes on the property.

The bold evangelist died in 1998. In 1970, Nepal had less than eight thousand Christians. Today there are over one million. Pradhan is a large part of the reason.