It Happened on APRIL 4

EPISCOPIUS AND THE ARMINIAN SYSTEM OF THEOLOGY 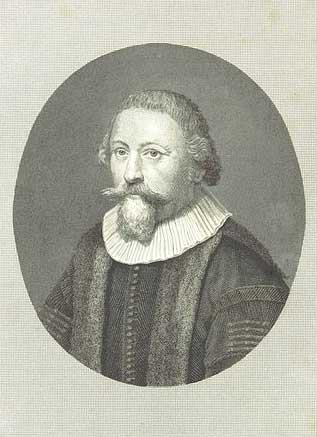 In the sixteenth century, Calvinism became the leading form of Protestant faith in the Netherlands. In 1591 a Calvinist minister in Amsterdam, James Arminius (Jacob Harmenszoon), preached on Romans 7. Instead of interpreting it as Paul’s post-salvation experience as most Calvinists did, he took it as a pre-salvation experience. This set off a theological quarrel. Later, as a theologian at the University of Leyden, Arminius quietly highlighted some areas of Calvinism that he felt were biblically questionable. Among the ideas he suspected of error was the teaching that Christ died only for the elect. This led to a war of words with Leyden’s other theologian, Gomarus, who held a strict interpretation of Calvinism.

Other ministers adopted Arminius’s ideas and the theological quarrel became a public controversy in which the leading political parties took sides. Although Arminius’s views had been held by major theologians since the earliest days of church history, his followers were persecuted for them. Arminius himself died in 1609 never having published his teachings as a systematic theology.

It would be up to others to develop the train of thought he started. His immediate followers became known as Remonstrants after they wrote a letter reproaching the majority Calvinist position. Foremost among the Remonstrants was Simon Biscopp, better known by his Latinized name, Episcopius.

Born in Amsterdam a few years before the start of the controversy, he studied to become a minister, attending the University of Leyden where he showed proficiency as a theologian. The magistrates would have given him a church, but they felt that in his youthful zeal he had sided too vehemently with Arminius in debates over predestination. Episcopius left Leyden to study at Franeker but, by his advocacy of the Arminian position there, he earned the enmity of Lubertus, Franeker’s theology professor. Episcopius found it expedient to withdraw from school for a while. Eventually he completed his training.

In spite of his views, authorities appointed Episcopius as minister to the church in Bleyswyck in 1610. The following year he gained attention for his wit as a delegate for the Remonstrant side in a public conference of six Remonstrant and six anti-Remonstrant ministers. In 1612, Gomarus having retired, Episcopius won appointment to the theological vacancy at the University of Leyden. Episcopius and Polyander, the other theologian (a Calvinist), agreed to mute their theological differences for the good of the school.

Outside the school, however, differences between Remonstrants and anti-Remonstrants intensified. A mob plundered the house of Episcopius’s eldest brother. Episcopius himself barely escaped stoning by a mob on one occasion. In another incident he was chased by a blacksmith brandishing a red-hot iron. In 1618 the Synod of Dort exiled Episcopius and twelve other Remonstrants from the territories of Holland. During his exile, he wrote The Remonstrants’ Confession of Faith.

Episcopius resided in Antwerp and France until 1626 when persecution against the Remonstrants relaxed and he could safely return to Holland. He became pastor of a Remonstrant church in Rotterdam and married a widow, Maria Pesser Niellius, soon afterward. In 1634 he became the theological professor of the newly-founded Remonstrants Seminarium in Amsterdam. His Theological Institutions, published after his death, was the first systematic theology from the Arminian perspective, although it had deep roots in the teachings of the Greek fathers.

Calvinist theologians falsely accused Episcopius of Socinianism. Socinians deny that Christ existed before his human birth, reject the doctrine of the Trinity, and do not believe in God’s omniscient foreknowledge. Actually Episcopius rejected all these errors. Today, he is accused of Subordinationism, a view that Christ is not equal to God the Father in his being and attributes. The other main complaint against Episcopius was that he was too caustic and sarcastic in his attacks on opposing theologians. Not many controversialists can escape that charge.

In 1641 Maria died after a short illness. Late the following year Episcopius could not pass urine because of severe kidney disease and stones. At times he lapsed into stupor and blindness. Although his kidneys resumed their function twice during succeeding months, his overall condition worsened. While conscious he was often in great pain but bore his suffering bravely and expressed deep confidence in Christ, his redeemer. The indomitable theologian died in Amsterdam on this day 4 April 1643 and was buried four days later beside his wife.