It Happened on MARCH 14

THE MORE OBSTACLES HE FACED, THE HARDER PECK PRESSED FORWARD 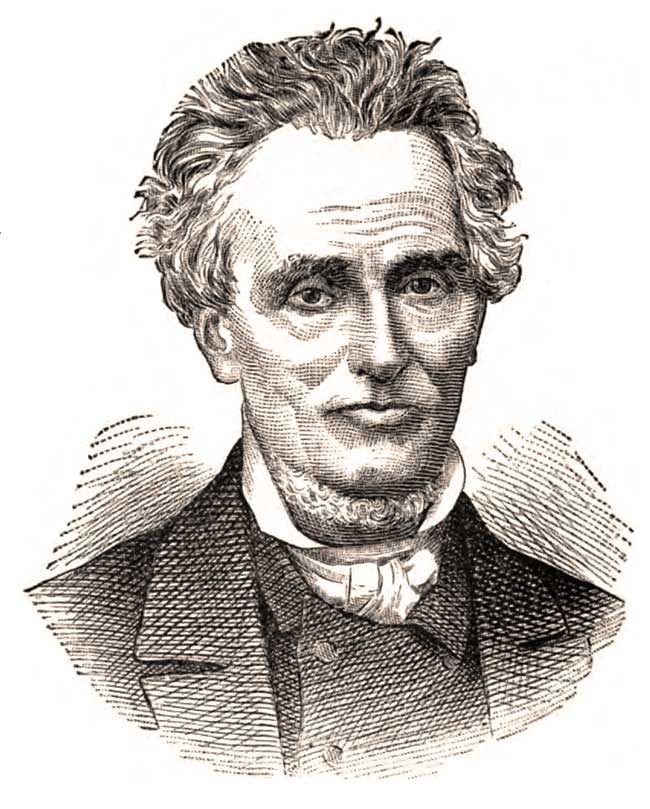 [Above: John Mason Peck, from Robert Samuel Duncan’s A History of the Baptists in Missouri. Saint Louis: Scammell & Company, 1882.]

Few men could have overcome the blows that rained upon John Mason Peck in 1820. For three years, he had worked diligently as a missionary along the Mississippi River—the frontier of the young United States. However, a serious bout of jaundice threatened his life and left him penniless. A beloved brother-in-law died. Death also snatched Peck’s oldest son, Eli. Making matters worse, eastern Baptists who had supported Peck decided they could no longer afford to. Without notice, they discontinued his salary and that of his coworker James Welch.

But Peck knew what God wanted him to do. Although it was a heavy blow to close two schools and to lose his coworker, he determined to forge on. Trusting the Lord’s provision, he struck out on his own.

Peck was born in Connecticut in 1789. As a youth he had to work the family farm and could attend school only in winter. Despite his limited education, he began teaching in 1807. That same year he embraced the Christian faith in a Congregational Church. There he met Sally Paine and they married in 1809. Persuaded that adult baptism was the biblical norm, they joined the Baptists. Peck asked for permission to preach. He proved so faithful that within two years the Baptists ordained him.

Interest in foreign missions was high because of reports coming from the Judsons in Burma. Peck prayed to be able to serve as a missionary. He saw open fields in the American West where migration was swelling an unchurched population and he requested assignment there. Eastern Baptists agreed. Peck wrote, “From this moment I consider myself most sacredly devoted to the Mission. O Lord, may I live and die in the cause.” By the fall of 1817, he and his family were on their way to St. Louis, Missouri. Heavy rains slowed their progress and the trip took more than three months.

In St. Louis they found a population of mockers. Yet within two years Peck and Welch had founded two schools, a Sunday school organization, several worship groups, "female mite" societies to finance gospel work, and a mission society; and they had erected a church building. Peck picked the brains of every settler he met, including octogenarian Daniel Boone, becoming an expert on the region.

Then the Baptists abandoned the work. For two years Peck struggled on in St. Louis. In 1822, the Massachusetts Baptist Missionary Society agreed to provide him $5 a week whenever he was preaching away from home. He moved to a better location in Rock Springs, Illinois.

From the first, Peck recognized the importance of educating future Baptist leaders. In 1827, despite opposition, he and his friends founded a seminary, hoping they could find funds to keep it going. Eventually Benjamin Shurtleff of Boston endowed the school, which relocated to Alton, Illinois.

Year after year, Peck traveled a circuit, establishing church groups, disciplining unruly members, and organizing Bible societies and Sunday schools. Often he went hungry. “Eating,” he remarked, “was not so very important; for any man in the vigor of life in those days in this frontier country, who could not go without food for twenty-four hours, and more especially a preacher of the gospel, ought to be sent back where he came from, to the kind care of his friends.”

He continued his efforts for theological education, wrote articles and books that encouraged settlement, and opposed slavery. Thanks in part to him, Illinois remained a free state. Usually he and his family were desperate for funds—in part because he made himself personally liable for the mission’s debts. He was an old man before he managed to pay them off. Not surprisingly his public-spirited attitude attracted friends of the highest caliber, among them Peter Cartwright, Elijah P. Lovejoy, Thomas Hart Benton, and Abraham Lincoln.

Overwork, fasting, and care took its toll. On October 29, 1839, two days before he turned fifty, he wrote in his journal:

After much serious reflection I have come to the conclusion that I must give up all traveling and all missionary agency. I . . . cannot sustain the fatigue, labor and exhaustion. My liver is permanently affected, my constitution seriously impaired, and I must retire to a more quiet and sedentary life.

Nonetheless, he rededicated himself to God’s glory. During his last years, he reined in the impatience of westerners who felt easterners made decisions too slowly. In 1847, he was shipwrecked on the Mississippi River. Although he nearly died himself, he managed to save a young girl. He planned a book on moral progress in the Mississippi Valley, but it was not to be. The seminary library burned and he lost thousands of documents and clippings.

On this day, Sunday March 14, 1858, Peck said to an old friend, “Only Christ is my Savior, my whole dependence.” A few hours later he died.

The settlement of the Midwest owed much to him, as did the spread of Baptist work, and the education of a rising generation. His varied efforts had one aim: the redemption of the West.