It Happened on FEBRUARY 25

GENTLE JAKOB HUTTER DIED IN A TEST OF FAITH 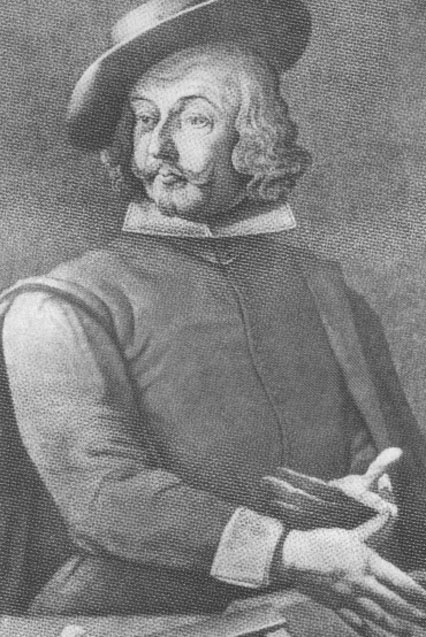 Jakob Hutter was defiant at the stake on this day, 25 February 1536. “Come closer, those of you who contradict me!” he cried out. “Let us test our faith in the fire. This fire will harm my soul as little as the fiery furnace harmed Shadrach, Meshach, and Abednego.”

Executioners in Tyrol (a region of Austria) had doused him with brandy and set him alight as a warning to anyone who dared to adopt Anabaptist teaching. From the government’s perspective, the action was justified. A Peasants’ war (1524–1525), inspired in part by common people acquiring ideas from newly-accessible Scriptures, alarmed European powers. Then when a group calling themselves Anabaptist seized Münster, Germany (1534–1535), the revolt was suppressed after a lengthy siege, and thereafter anyone who held Anabaptist views, however peaceful, became a target of state terror.

It did not matter to rulers that the majority of Anabaptists were quiet and hardworking. Their principle tenet, that only individuals who had reached the age of understanding and believed the gospel should be baptized, was commonly held in the early church and is accepted world-wide by many Christians today. However, in the Reformation era the idea was met with fury by Catholics and Protestants alike. For centuries the church had baptized infants. Those believers who insisted on adult immersion had themselves been baptized as infants. Therefore, their opponents named them “Anabaptists,” meaning “re-baptizers.”

Anabaptists such as Hutter also taught that oath-taking and fighting in wars were wrong. They preached that anyone who did not reform his or her behavior was no true Christian, leading to accusations they were legalists. Hutter’s group also believed Christians should hold all their goods in common. (Sharing was essential because so many of the group’s providers had been imprisoned or killed.) As these ideas were antithetical to most theologians and rulers, persecution poured upon Anabaptists from every side.

Hutter, a hat maker in the Tyrol, had converted to Anabaptist teaching sometime between 1525 and 1529. He quickly proved to be a powerful evangelist, winning hundreds of new adherents despite the persecution they knew they would face. And he had a knack for organizing and managing the suffering victims. When the situation in the Tyrol became impossible in 1529, he arranged for hundreds of his followers to escape to Moravia which had more tolerance for religious differences; and he moved there himself in 1533.

All too soon, persecution followed the Anabaptists to Moravia. Driven out in 1535, the inoffensive Christians had nowhere to go and found themselves hiding in forests or caves, or huddling together on the open heath. Hutter said plaintively, “We cannot be prohibited from the earth, for the earth is the heavenly Father’s; may He do with us what He will.”

He wrote Emperor Ferdinand’s Vice-Regent a letter of warning that God would avenge the hounding and murdering of innocent people. “The Most High will lift his hand against you, now and eternally. This we announce to you in the name of our Lord Jesus Christ . . . and shortly you will see that we have told you nothing but the truth of God. . . .”

Hutter ventured back to Tyrol where he was captured, along with his pregnant wife. Tortured for weeks, whipped, and immersed in freezing water (to mock baptismal practices) Hutter died in fire, but his wife escaped. Recaptured a couple years later in Italy, she too was put to death. Hans Amon, the man Jakob had left in charge of the Moravian congregation, said that Jakob “gave a great sermon through his death, for God was with him.”