It Happened on FEBRUARY 24 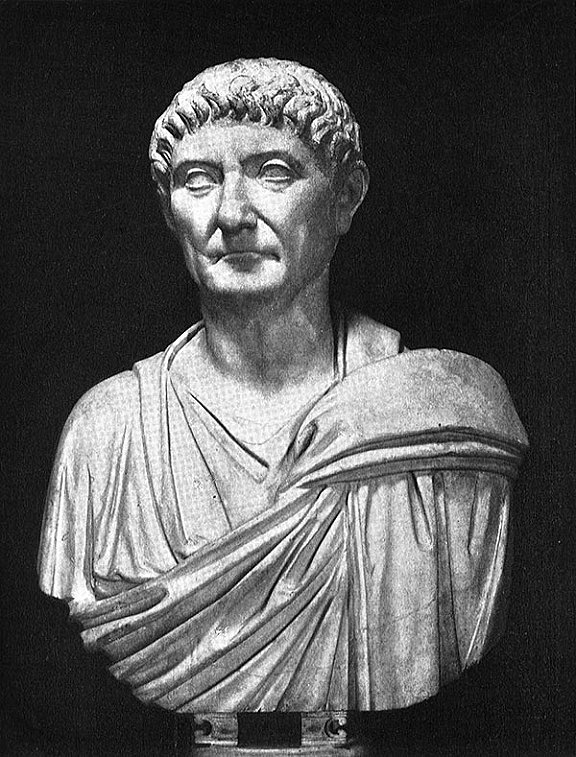 At the urging of his junior emperor, Diocletian unleashed savage persecution.

DIOCLETIAN became Roman emperor in 284. Under him, the empire experienced its cruelest and most systematic persecution of Christians. To share the load of governance, he made Maximian his co-emperor and Galerius and Constantius junior emperors. To bind Galerius to himself, Diocletian gave him his daughter Valeria as a wife, allegedly a Christian.

In 298 Diocletian required that all soldiers and imperial officials sacrifice to the heathen gods. Five years later, junior emperor Galerius, who was a cruel man and hated Christianity, met with his father-in-law in Nicomedia and urged him to persecute Christians more harshly.

At first Diocletian resisted the idea. To persuade him, Galerius brought learned pagans to the conference. Finally, when the oracle of the sun god at Miletus agreed with Galerius, Diocletian gave in. On this day 24 February 303 he decreed that all who would not serve the gods of Rome should lose their offices, have their property seized, and be demoted if they were persons of rank. He forbade Christians to meet for worship, ordered their churches destroyed, and their holy books burned. As soon as this proclamation was posted, a Christian tore it down, and loudly reproached the emperors. For this, he was roasted alive over a slow fire, but died without uttering a groan. Down came the great church at Nicomedia, and the persecutors burned its books.

Before the end of the year, Diocletian issued two more proclamations against Christians and Maximian issued a fourth the following year. One ordered the imprisonment of Christian teachers, filling the prisons with bishops and clergy. The next ordered that these prisoners either sacrifice to the pagan gods or be tortured. The third directed that all Christians should be required to sacrifice on pain of torture.

Christians suffered terribly, especially in the eastern empire. Some were thrown to wild beasts, others burned alive or roasted on griddles. Some were skinned or had their flesh scraped from their bones. Others were crucified. A few were tied between trees that were bent so as to meet and, when the branches were released, the force ripped these victims limb from limb. Eventually the Romans wearied of this and set the remaining Christians to work in mines or gave them menial jobs. In many instances, they gouged out an eye or maimed a hand or foot before sending the workers off. From this period come many notable martyrs, including the young girl, Agnes of Rome.

[The Trial and Testimony of the Early Church looks at the response of the early church to persecution.]

Galerius persisted in his cruelty until, at the end of eight years, he found himself tormented with a disgusting bowel disease. Evidently he saw this as a judgment from God, for he reprieved the Christians and implored their prayers. Despite his belated remorse, he died in agony. Maximian persecuted Christians just as savagely as Galerius, but Constantius showed them kindness, and his son Constantine later legalized Christianity and embraced the religion himself.