It Happened on FEBRUARY 19

THE “TRIUMPH OF ORTHODOXY” RESTORED ICONS 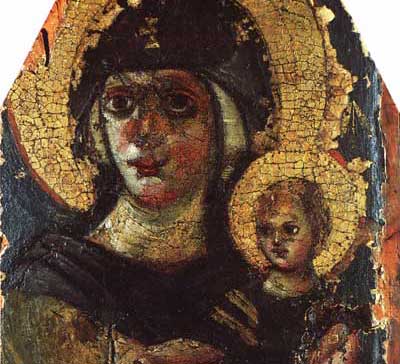 As early as the first century, Christians represented stories of the Bible in works of art. In later centuries, some began to venerate such representations. For many Christians, veneration passed to outright worship of images. By the fifth century, worshipers bowed before images, kissed them and burned incense to them. In the ninth-century, Emperor Michael II reported some even dressed images in clothes and had them stand as godparents for their children.

Beginning in the eighth century, the argument over the legitimacy of images became politicized. The first emperor to ban the use of images was Leo the Isaurian, who came to power in the East in 716. (The Roman Empire had collapsed in the West in the fifth century.) He was genuinely disturbed by image worship—perhaps because of his exposure to Islam which forbade image-making. He had another motive, too—determination to exert authority over the church so that its leaders would not become as independent as the popes in the west.

Leo’s first edict against images in churches, issued in 726, required they be displayed at a height that would prevent people from kissing them. It prohibited prostration before them or any act of public worship. Patriarch Germanos and Pope Gregory II protested Leo’s rule. John of Damascus wrote an often-quoted defense of images. But Leo was determined to be obeyed. His soldiers destroyed images throughout the empire.

For the next one hundred and fifteen years, controversy raged between those who considered use of icons legitimate (they called themselves the orthodox) and iconoclasts who rejected their use. Iconoclast emperors often persecuted icon users with great cruelty. It was not uncommon for them to punish high-profile opponents with banishment, often after gouging out their eyes or cutting off their tongues.

Leo’s successor, Constantine V, also opposed icons. He called the empire’s bishops to a council in Constantinople in 754. Three hundred and thirty eight assembled. They banned the use of images in churches as anti-Christian and also rejected the use of crucifixes, asserting that the only true symbol of the incarnation was the bread and wine of the Eucharist.

Many who agreed with the emperor hesitated to stand with him on this issue, however, because they feared he would control the church, which was the only civil power strong enough to oppose imperial totalitarianism.

Constantine V was followed by a weak, short-lived emperor, whose wife, Empress Irene, became regent for her underage son, Constantine VI. Irene neglected Constantine VI’s education and undermined his authority, determined to hold the reins of the empire in her own hands. To strengthen her grip on power, she wooed the pro-icon (iconodule) party. Eventually she abused her son’s confidence and had him deposed, blinded, and exiled to a monastery. Because of her support for icons, the Orthodox Church declared her a saint.

However, the iconodules did not enjoy their freedom for long. Emperors and many of the educated clergy feared religious opportunists playing on popular superstition with claims that icons worked miracles. Under the next emperor, Michael I, persecution of the pro-icon party began afresh. His successor, Leo V, although he hated icons, took a less severe approach for the sake of unity, but the army insisted on destroying the objects of veneration.

Tensions became great. The iconodule monk Theodore Studita declared the emperor had no right to decide church matters. So Leo called a church council in 815 to decide the matter. As with the council of 754, it rejected veneration of icons. It also deposed Patriarch Nicephoros of Constantinople who favored icons.

Although an iconoclast, Emperor Michael II restored Patriarch Nicephoros from exile and allowed individuals to venerate icons in private. However, he continued to enforce a ban on icon worship in public places.

Theophilus was the last of the iconoclast emperors. He was harsher with icon worshipers than his immediate predecessors and cruel to those who defied him, torturing and branding some. His wife, Empress Theodora, was in favor of icons. When he died, she assumed power, called a council, and offered to restore icons, but only if the church would pardon all the sins of her late husband. Patriarch Methodios said the church could only pardon those who died in orthodoxy. Theodora asserted that Theophilus had kissed an image in his last agony. This satisfied the patriarch, who readmitted Theophilus to the church. The council ordered a return of images to the churches.

The images were restored to Hagia Sophia, the great cathedral of Constantinople, in a triumphant procession on this day, 19 February 842.* Because it was the first Sunday in Lent, that Sunday is celebrated as the “Triumph of Orthodoxy” to this day.

* Some histories say this happened in 843, in which the first Sunday of Lent was March 11.