It Happened on DECEMBER 9 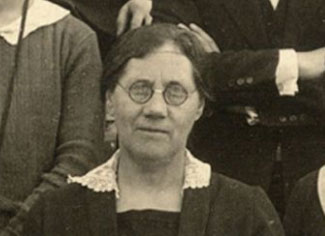 LILIAN BARBARA YEOMANS was a medical doctor, a graduate of the University of Michigan’s 1882 class. Like her mother before her, Amelia LeSueur Yeomans, she worked with prostitutes and impoverished people. Because of the heavy stresses of such work, she began to take morphine and other drugs to help her maintain her schedule and then to find sleep. Before she knew it, she was addicted.

In the first chapter of her book Healing from Heaven, she described how she was delivered from drug addiction. After almost sixty failed attempts to quit, she was desperate. Her attempts including taking the Keeley Gold Cure and trying Christian Science mental techniques. She had even asked Christians to anoint her and pray over her as commanded in James, but they had too little faith to do so. “I was a perfect wreck mentally and physically. ‘Like a skeleton with a devil inside,’ one of my nurses said.”

An old minister advised her to burn her Christian Science literature. After all, Christian Science denied that Christ came in the flesh (which John describes as the words of an anti-christ), declared sin is but a dream, and made many other direct contradictions of Christian truth. Yeomans destroyed the book. Shortly afterward, in reading the Bible, she began to see passage after passage in which God promised healing. In 1898 she moved into a Christian healing home operated by evangelist John Dowie.

Dowie confiscated all her medicines. For two weeks she was in agony and felt she hung between life and death. One day she felt God told her to attend a church service despite her miserable condition. Immediately afterward, she began to feel better and soon was free of her addiction. Following her cure, she did medical work among Cree Indians, sometimes prescribing small doses of the medicines that had addicted her, but without any longing to take them. Nine years after her deliverance, still drug-free, she experienced a filling of the Holy Spirit. Afterward, she became deeply involved in the Pentecostal movement in Calgary, Canada, and in the United States.

She conducted healing services herself. Her premise was that sickness is ultimately the result of sin:

Back of disease lies a cause, and that cause no drug can reach. We know from the Bible that the cause of sickness—a process ending, if unchecked, in death—is sin . . . and this cause can be reached by one remedy only, the Precious blood of Jesus Christ.

She wrote at least six books and many articles testifying to God’s power to heal when his conditions are met. In old age, Yeomans retired to California. There she died, on this day, 9 December 1942 (or possibly on the 10th).

Finding Hope in Recovery deals with the difficult experiences of addiction.