It Happened on DECEMBER 8

WHO HEALED YOU? OMAR CABRERA GAVE GLORY TO CHRIST 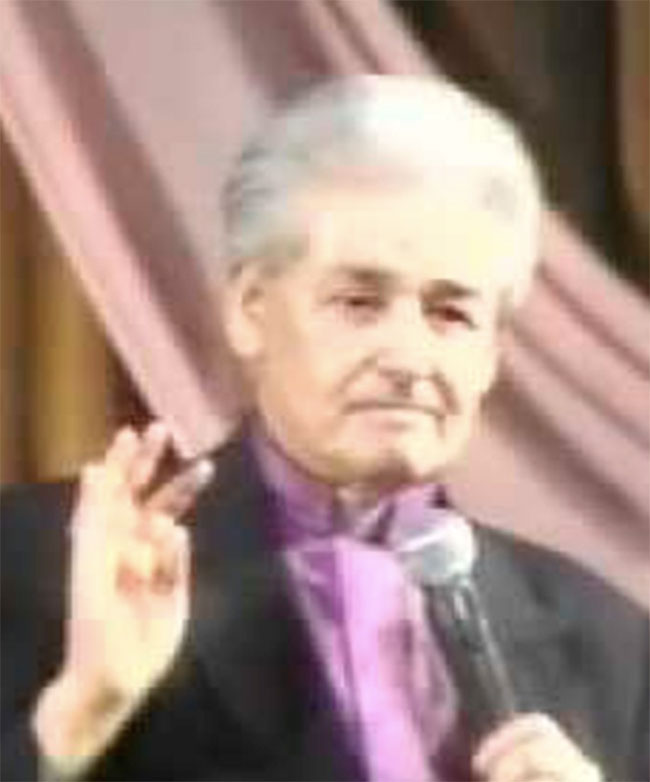 [Above: Omar Cabrera—[fair use] from Argentina Oramos por vos “Argentina we pray for you” https://www.oramos.com.ar/blog/biografias/reverendo-omar-cabrera-historia-de-hombres-de-dios-en-argentina]

Omar Cabrera was born on Christmas Eve, 1936, in Santa Fe (Holy Faith) Argentina. His family were devoutly Roman Catholic and his mother maintained a room full of images before which she prayed. But, when he was about eight, Cabrero became an evangelical follower of Christ. At twelve he was baptized with the Holy Spirit and immediately began to preach the gospel in words and song.

What brought about his conversion? His older brother, Mario, had been injured while boxing and doctors sent him home to die. At that desperate moment, Cabrera’s father heard of an evangelical Christian whose prayers often resulted in healings. When Mario was healed, the Cabrera family converted to the faith that had produced results.

At seventeen Cabrera entered a Bible college. Nearing twenty he graduated and began to preach around Buenos Aires. On this day, 8 December, 1957, the twenty-one-year old was ordained in the Assemblies of God (AG). A man of energy, he soon became president of the AG’s youth organization. At the age of twenty-two, he became secretary for Argentina’s AG union. That same year he and Marfa Koroluk married. Cabrera taught classes at Bible institutes.

After further training in the United States, he began to pastor in Concordia Argentina. His church grew to 3,000 souls. He joined with Morris Cerullo in an evangelistic work and preached 549 days straight. Exhausted he took a furlough to the United States. Marfa said she often woke at night to find her husband weeping for Argentina. Upon his return to his homeland, he became an internationally-known evangelist and faith healer and led revivals. Before entering an area to evangelize it, he and his associates blanketed it with prayer. Cabrera’s slogan was “The greatest power in the world is the power of faith in God!”

Opposition mounted. The Roman Catholic Church persecuted him (although, after he proved himself, some bishops encouraged him); mainstream evangelicals maligned him; government officials set police on him and even used tear gas against his peaceful gatherings; authorities charged him with hypnotism, illegal practice of medicine, and abuse of people’s credulity; and urban guerillas made his work dangerous. Despite such hindrances, Cabrera persisted in preaching.

In 1972, he founded Vision of the Future which became one of Argentina’s largest Protestant movements. Aware that evangelists often lead people to Christ and then leave them adrift, he and his associates shepherded new believers through a Christian orientation program. They produced a daily devotional and provided books, recordings, and radio broadcasts to disciple and encourage converts.

Although healings were integral to his ministry, Cabrera always made sure the glory went to Christ. “Who healed you?”

And the response from the healed person and the crowds would be, “Thank you, Lord. Glory to God! Thank you, Jesus.”

For more on divine healing, see Christian History 143 Touching the Hem of His Garment