It Happened on DECEMBER 19 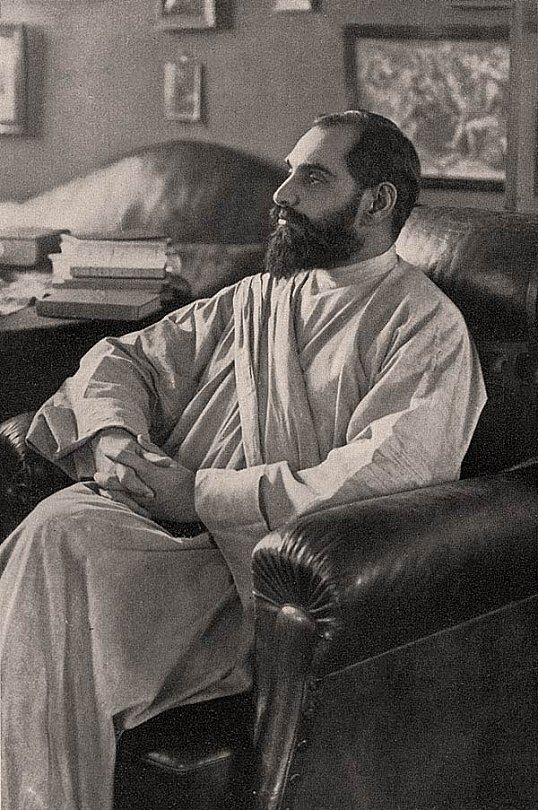 Sundar Singh as a man traveled many times to Tibet.

FOR MONTHS, Sundar Singh was like a person deranged. Though a Sikh (a member of one of India’s major religious groups), he was attending a Christian school when his mother died. Consequently, he blamed the Christian God. Whereas before he was a quiet student, now he jeered in class and gathered a gang together to pelt Christian students with dirt and stones. Finally, he convinced his father to enroll him in a different school, several miles away. There he contracted malaria and became seriously ill. When he recovered, he returned to the Christian school.

Now the fourteen-year-old boy asked serious questions and seemed more subdued. However, his schoolwork was suffering. One day, he asked for a Bible. His teachers praised God. It seemed their prayers had been heard. Sundar, however, had a different idea. At home, he built a fire and page by page tore up the Bible and burned it. His father saw what he was up to and commanded him to stop. Instead the boy thrust the rest of the book into the flames. “Although I believed that I had done a very good deed by burning the Bible, I felt unhappy,” he said later.

He became so miserable that he could no longer bear life. Late on this day, 19 December 1903,* he began to pray that God would reveal himself if he really existed. If not, Sundar planned to throw himself in front of the morning train. For seven hours he prayed. “O God, if there is a God, reveal yourself to me tonight.”

According to Sundar, his room filled with a glow. A man appeared before him with nail-pierced hands, saying, “How long will you deny me? I died for you; I have given my life for you.” He knew it was Christ. When the vision vanished, he ran, woke his father, and told him he had become a Christian. Now his father thought he really was mad!

When Sundar persisted in his faith, his family pressured him with every inducement they could think of: money, sex, responsibility to his family, patriotism, lies, threats, and attacks on the Christian school. Finally Sundar felt there was only one course he could take to make clear his allegiance to Christ: He cut his long hair, which was the symbol of a Sikh. Then his father cast him out, “We reject you forever... We shall forget you as if you had never been born.” As he rode the train away from home, painful cramps wrenched his gut. His family had poisoned his last meal! He staggered off the train and crawled to a mission station.

Sundar, however, miraculously recovered. As soon as he came of age, he was baptized. He donned the yellow robe of a holy man, preaching throughout India and later around the world, funded by his father who had then converted to Christianity. Sundar also made twenty trips into Tibet, where he was severely persecuted. He counted these sufferings as a small price to pay to demonstrate love for Christ. “When we have left this world, we will not have another chance to bear the cross for Christ,” he said. In 1929, a sickly Sundar set out for Tibet one last time and was not heard from again.

*The most trustworthy biography gives this date. Others place his conversion as early as December 6th or as late as 1904.