It Happened on DECEMBER 18 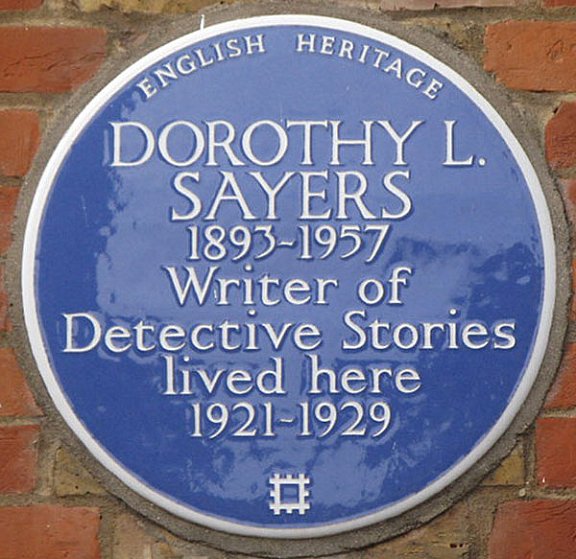 C.S. LEWIS once remarked that Dorothy L. Sayers had the same appeal for him as a bracing high wind. Although she was not one of the official “Inklings” (the group that gathered around Lewis in Oxford to read their creative works to each other), her wit, faith, and friendship with several of the members would have made her a good fit with that literary club. She is linked with them in the memories of many.  The creator of the Lord Peter Wimsey mystery stories, she also wrote works of Christian faith and translated Dante’s great poetry into English. A devout Anglican, she published Christian poems as early as 1918: “Let us sing, whate’er befall: Jesus Christ is Lord of all.”

Four years after publication of her poems, she began living with novelist John Cournos. She wanted to marry; he didn’t. Suddenly he announced he would in fact marry her and had just been “testing” her devotion, which so outraged her that she left him—a scenario which is echoed in her detective novel Strong Poison. On the rebound, she conceived a child out of wedlock—a son, whom she placed with her cousin Ivy as a foster mother for several years. Not long afterward, she married a third man, Captain Oswald Atherton “Mac” Fleming.

By 1938, her practice of faith had been renewed and she wrote in a Sunday editorial for The Times, “The Christian faith is the most exciting drama that ever staggered the imagination of man...and the dogma is the drama.” She had already produced the successful play The Zeal of Thy House (1937) for Canterbury Cathedral and would follow it with The Devil to Pay (1939). Both ran on the London stage for several weeks.

Around the start of World War II, she wrote The Mind of the Maker, a weighty study of human creativity in light of God’s creativity. She prized the great literature of the past, and this prompted her to make excellent English translations of Dante’s Inferno and Purgatorio, as well as The Song of Roland.

During the war, Sayers wrote The Man Born to Be King, a cycle of radio plays on the life of Christ. These evoked a firestorm of criticism before they aired on BBC. Atheists complained that Christians were getting free propaganda time. Christians screamed that a secular actor shouldn’t be allowed to play Christ. People complained that the disciples sounded too much like “regular people,” speaking Cockney and other dialects instead of the language of the King James Bible. Listeners loved it and the Bishop of Winchester called it the greatest evangelical appeal made in the twentieth century.

Almost to her death, Sayers wrote Christian pieces of wit and depth. In her Pantheon Papers, she spoofed post-Christian thinking by expressing its “important” considerations (such as proper sewers) in the forms of the Book of Common Prayer.

On this day, 18 December 1957, her gardener found the lights on when he came to the house. (Her husband had died seven years earlier.) Sayers’s body lay crumpled at the foot of the stairs. A post-mortem showed she had died of a heart attack. The day before, she had done her Christmas shopping but her weight, age, and smoking habit had caught up with her.