It Happened on DECEMBER 15 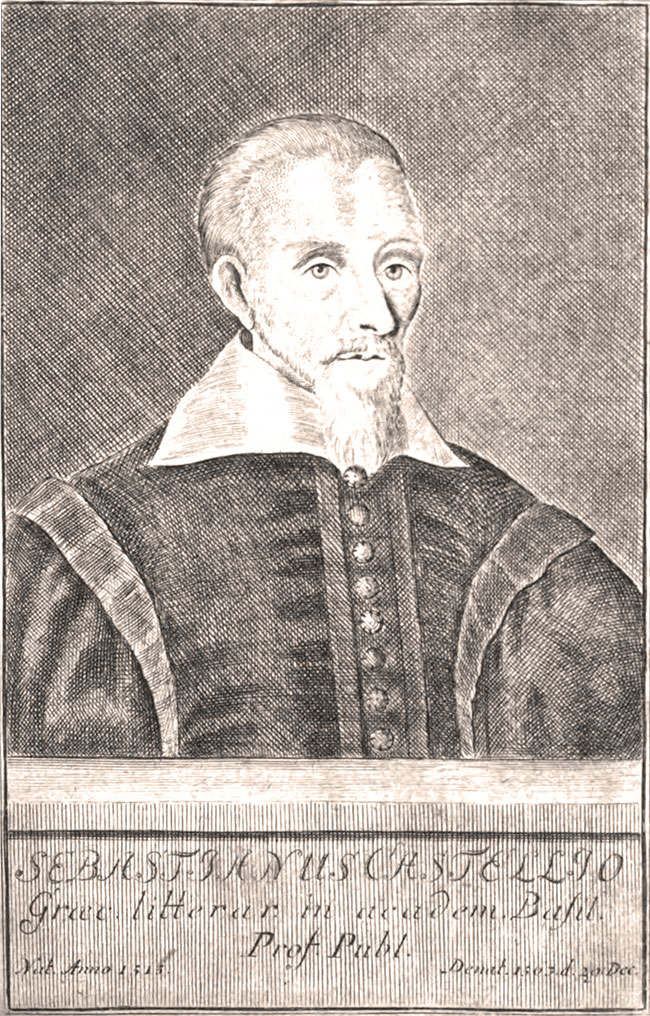 HORRIFIED by the cruelty of the Inquisition and longing for religious freedom, the scholar Sebastian Castellio left Lyons, France, for Strasbourg, where prominent reformer John Calvin was staying. Castellio was drawn to Calvin because of his scholarship, evidenced in his Institutes of the Christian Religion. Calvin in turn was impressed with Castellio and invited him to Geneva when that city asked Calvin to return.

However, the autocratic Calvin soon discovered Castellio had an independent mind and grew hostile toward him. Castellio was translating the Bible into Latin and French from the original languages. Printers hesitated to publish without Calvin’s approval. As Calvin had authorized another French translation and written its preface, he was furious with Castellio. Permission would not be forthcoming unless Castellio agreed to let Calvin make whatever changes he saw fit. Castellio, who was not inferior to Calvin in scholarship, would not agree. Consequently, Castellio was permitted only a low-paying position in Geneva.

Geneva’s council recognized his worth even if Calvin didn’t. He was the only Genevan clergyman who volunteered to visit plague victims during an epidemic in 1543 after the death of one their number from the disease. Calvin wouldn’t, declaring “it would not do to weaken the whole Church in order to help a part of it.” Other pastors also found excuses.

On this day, 15 December 1543, council members recommended that Castellio be appointed as one of the city’s preachers. Despite the Council’s unanimous recommendation, Calvin vetoed the appointment, hinting there were serious objections to Castellio. When pressed, he could point to only two offenses: Castellio believed the Song of Solomon was a secular love poem, not an analogy of Christ and his bride, the church, as Calvin taught; and Castellio differed from Calvin on what the Bible meant when it said Christ descended into hell.

Castellio resigned his positions in Geneva and sought work elsewhere to provide for his family. But Calvin now became Castellio’s implacable foe. He blocked Castiello’s appointment anywhere in Reformed territories. Calvin wrote to Lausanne, for example, that Castiello was a blasphemer who was saying, “The God of Calvin is a liar, a hypocrite, two-faced, the author of all evil, the enemy of justice, and worse than the devil.”

Meanwhile Castellio supported himself through poorly paid work as a translator and proofreader. He even dug ditches and hauled logs out of the Rhine. But he considered his integrity worth the suffering. Calvin managed to block some of Castellio’s books from seeing print. (An early exception was Sacred Dialogues in Latin and French, a book of Bible stories retold for children to emphasize humane consideration for others. It went through many editions.) Finally, after eight years, Castellio obtained a position teaching Greek in Basel.

Having suffered his own persecution at the hand of Calvin, Castellio sympathized with Michael Servetus when the Genevan Council, at the instigation of Calvin, arrested Servetus illegally, put him on trial, and burned him to death for his views on the Trinity. Under a pseudonym, Castellio wrote Concerning Heretics, Should They Be Persecuted?urging religious toleration.

Later, in answer to Calvin’s justification of killing Servetus, Castiello wrote another book pointing out Calvin’s faults and deploring his murder of Servetus, whose errors he rejected while defending his right to hold them. “To kill a man is not to defend a doctrine—it is to kill a man.” He defended himself vigorously against libels by Calvin and Theodore Beza, although his responses often could not find publishers, sometimes even into the twentieth century. Differences of religious opinion being impossible to avoid, he pleaded that Christians live by the law of love:

O Christ, Creator and King of the world do You see and approve these things? Have You become a totally different person from what You were? When You were on earth, nothing could be more gentle and kind, more ready to suffer injuries. You were like a sheep dumb before the shearers. Beaten, spit upon, mocked, crowned with thorns, crucified between thieves, You prayed for those who injured You. ... Do You [now] command that those who do not understand Your ordinances and commandments . . . should be drowned, or drawn and quartered, and burned at the stake?

Castellio even quoted an earlier plea by Calvin for religious tolerance, highlighting Calvin’s about-face. Enraged that Castellio would challenge their theology and point out their discrepancies, Calvin and Beza arranged a denunciation of Castellio for heresy. Before Castellio could be brought to trial in Basel, he died of heart failure. He was only forty-eight years old. Many turned out to honor him in death who hardly dared side with him in life. Today he is recognized as a major innovator—the first significant Protestant voice raised in behalf of religious tolerance on the ground of conscience.

For a video on Calvin, watch Calvin, Zwingli, and Brother Klaus. For more on the Reformation in Geneva, read Christian History 120: Calvin, Councils, and Confessions.