It Happened on NOVEMBER 6 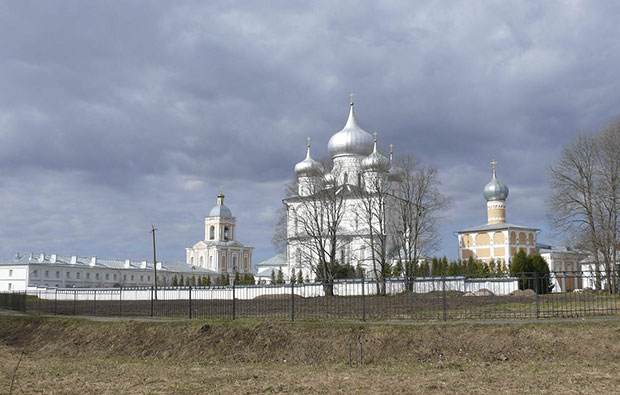 One of Russia’s most famous monasteries was founded near Novgorod in 1192. Its founder was a Russian Boyar, Aleksei Mikhailovich. (Boyars were the highest-ranking class under the princes.)

Following the death of his parents, Aleksei had sold his property, given the proceeds to the poor, and become a hermit on the Volga River where he built a wooden chapel. Living simply and devoting his life to prayer, he attracted followers.

Eventually so many men gathered around Aleksei that he decided the only sensible thing to do was found a monastery. He became the first abbot of the Khutyn Monastery of the Savior’s Transfiguration, taking the name Barlaam (also transliterated Varlaam).

Duke Yaroslav became a benefactor to the monastery, replacing its wooden chapel with a stone church. Archbishop Gavril of Novgorod dedicated the monastery church in 1193. Barlaam did not live long to savor his success. Having served as abbot for only one year, he nominated a monk named Anthony as his successor. Barlaam died on this day, 6 November 1193.

At his death he was already considered a saint and people visited his tomb. Healings and other miracles took place there, increasing the fame of the monastery. Sometimes even archbishops resided there.

During the Soviet era, however, the Khutyn Monastery was converted into a lunatic asylum. Restored to the church in 1993 after the fall of the atheist regime, it became a women’s convent.