It Happened on NOVEMBER 7

Willibrord, Apostle to the Frisians 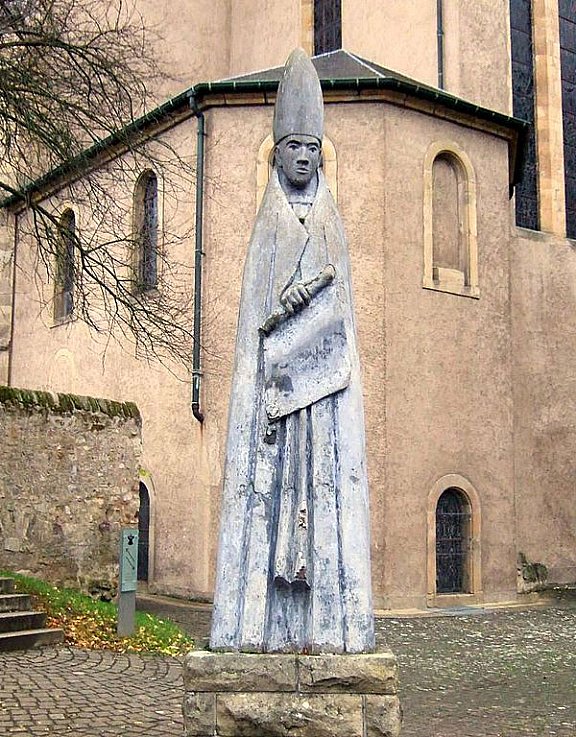 WILLIBRORD, an eighth-century missionary, is known as “The Apostle of the Frisians.” He was one of many who went out from England and Ireland to preach on the European continent.

Born around 685, he was the son of Wilgis, a man considered to be a saint. Studying at Ripon, Willibrord felt cooped up and developed a desire to travel. After hearing of the holiness of certain Irish monks, he went to Ireland and spent twelve years with St. Egbert.

Egbert wanted to become a missionary among the Germanic tribes, but felt God was sending him to Ireland instead. When Pepin (Mayor of the Palace, effectual ruler of the Franks, and father of Charlemagne*), requested monks to Christianize his northern subjects, Egbert sent Willibrord with eleven other missionaries. According to the scholar Alcuin, who wrote Willibrord’s biography, he “had heard that in the northern regions of the world the harvest was great but the laborers few.”

The Frisians have long since been absorbed into Germany, Denmark, and Holland, but in the time of Willibrord, they were a distinct and widespread people. According to Alcuin, Willibrord “had the boldness to present himself at the court of Radbod [the Frisian king]. Wherever he traveled he proclaimed the Word of God without fear; but though the Frisian king received the man of God in a kind and humble spirit, his heart was hardened against the Word of Life. So when the man of God saw that his efforts were of no avail he turned his missionary course towards the fierce tribes of the Danes.”

Willibrord's work among the Danish Frisians was more successful. Rome named him archbishop of Utrecht and in that capacity he appointed several northern bishops. Radbod, however, attacked and destroyed much of what Willibrord had built up.

One of the establishments Willibrord founded was an abbey at Echternach, Luxembourg. The abbey served him as a retreat, and it was here that Willibrord died on this day, 7 November 739.** Alcuin remarked, “He forsook this world to take possession of heaven and to behold Christ for ever in eternal glory, in whose love he had never ceased to labor as long as he lived in our midst. . .”

* Charlemagne was featured in issue 108 of Christian History.

** Alcuin placed his death a day earlier. However this is the traditional date.