It Happened on NOVEMBER 3

PIRMIN PROVIDED THE FIRST RECORD OF THE FULL APOSTLES’ CREED 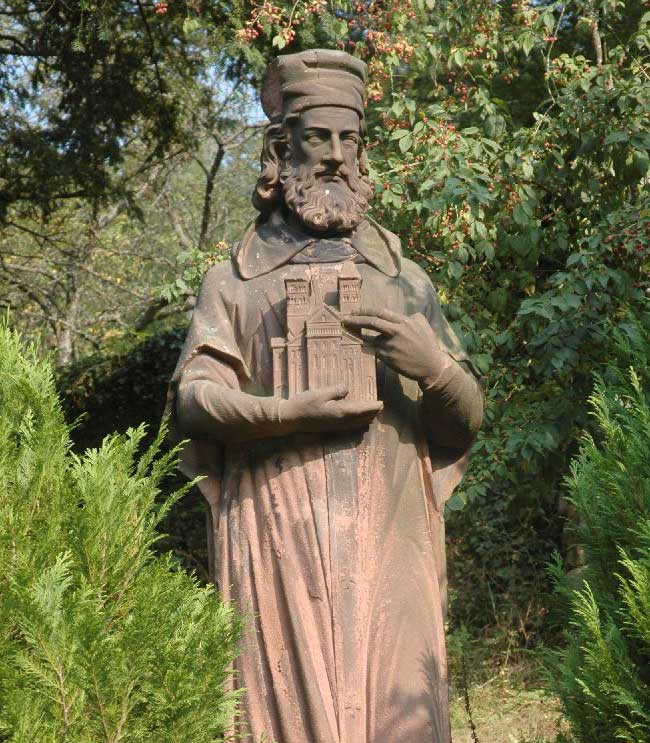 The most famous and widely used creed of the modern church is the Apostles’ Creed. Although similar creeds arose early in the history of Christianity, the first complete record of the Apostles’ Creed, as we know it, appeared in the second decade of the eighth century. St. Pirmin recorded it in Dicta Abbatis Pirminii de singulis libris canonicis scarapsus, the textbook he used to train monks or young Christians.

The book, written in crude Latin, presented learners with Christian teaching about creation, human purpose, sin, and the cross. It lists lust, gluttony, fornication, wrath, despair, recklessness, vainglory, and pride as the eight fundamental sins and it warns against sins of the flesh such as fornication, covetousness, lying, sorcery, and divorce. Christians were told to follow Christ and avoid such sins. The meaning of “scarapsus” is not clear, but scholars suppose it is a corruption of excerptus. If so, its awkward title might be translated Remarks of Abbot Pirminius, Excerpts from the Single Canonical Books.

The Latin creed Pirmin gave was:

The English translation of the Apostles’ Creed reads:

I believe in God the Father, Almighty, Maker of heaven and earth: And in Jesus Christ, his only begotten Son, our Lord: Who was conceived by the Holy Ghost, born of the Virgin Mary: Suffered under Pontius Pilate; was crucified, dead and buried: He descended into hell: The third day he rose again from the dead: He ascended into heaven, and sits at the right hand of God the Father Almighty: From thence he shall come to judge the quick and the dead: I believe in the Holy Ghost: I believe in the holy catholic church: the communion of saints: The forgiveness of sins: The resurrection of the body: And the life everlasting. Amen.

Except for the statement “He descended into hell,” all of its assertions are found in the earlier creeds. However, that clause has as much right as any other to appear in a statement of Christian belief because it is based on explicit Scripture, although many other Scriptural doctrines of importance never made their way into the creed. Pirmin wrote that each of the original apostles provided one of the statements of the creed. This legend was accepted for centuries. However, studies of the creed show its present form developed more gradually after the apostles.

Pirmin, born around 676, was a foreigner to Germany, but whether he was a native of Lorraine or from England or Ireland is disputed. After obtaining some education, he became a bishop near Meaux. From there he went as a missionary into southern Germany where he converted many pagans and founded numerous Benedictine monasteries and reformed others. His most famous monastery was at Reichenau, but an uprising by the Alemanni against Charles Martel forced Pirmin to leave there. The last abbey he founded was Hornbach at the confluence of two rivers. According to tradition, Pirmin died at Hornbach on this day, 3 November 753. His work ended a few years before the rise of Charlemagne and the Carolingian Renaissance with its improvements in education.

Pirmin’s Latin may have been rough, but his creed remains an important marker in placing the development of the received text (textus receptus) of the Apostle’s Creed.