It Happened on OCTOBER 4 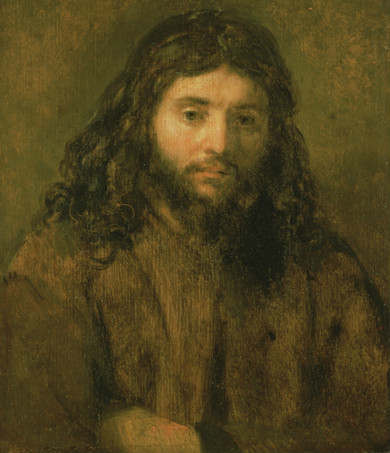 Although Dutch painter Rembrandt Harmensz van Rijn lived in early modern times, our knowledge of him has many gaps. For example, he is known as the “painter of the soul” for his unsurpassed biblical and Christian art, yet we know little about his personal faith beyond what can be guessed from his paintings.

Was he Lutheran, or did he favor the dominant Calvinists of his native land, with their strict ideas of predestination? Perhaps he sided with the Remonstrants (Arminians), who emphasized human free will. Some art historians have argued he was an Anabaptist because he had associations among the sect, but that is unlikely: he had all his children baptized as infants, which runs counter to Anabaptist theology. His pictures never incorporated conventional Roman Catholic symbols so Catholicism can be ruled out, too.

Whatever the specifics, he was a believer. Bob Hartley wrote,

Rembrandt made it clear that he believed in the crucifixion and the resurrection of Christ as well as many other biblical events by painting himself as a participant in them.

Most famously he painted himself as one of the executioners raising the cross at the crucifixion of Christ—as if to accept part of the blame (as each of us must) for our Savior’s death.

The general consensus among critics is to say Rembrandt was a close student of the Bible, who strove to capture the essence of its stories. They give evidence that he tried to evoke the emotions of historical figures more than exact representations of their costumes and settings. Still, he could be exact when it suited him: he used a model of the temple to place Jesus in an authentic architectural setting in some paintings and often used oriental objects as props for added verisimilitude.

He also increasingly painted Christ as an ordinary flesh and blood human. (One of his best depictions is the head at the top of this page.) The result for anyone who studies Rembrandt’s biblical paintings is deeper insight into the Bible stories. As T. de Vries wrote,

The works of Rembrandt are like sermons preached in the language of art, addressing directly our deepest consciousness and our feelings, uplifting our souls to things sublime and unseen.

On this day, 4 October 1669, Rembrandt died. He was sixty-three. His common-law wife Hendrickje Stoffels and his son Titus had preceded him in death, as had at least two infant offspring. He was buried in Amsterdam.