It Happened on OCTOBER 20

NO MORE BEATING ONESELF UP, SAID POPE CLEMENT VI 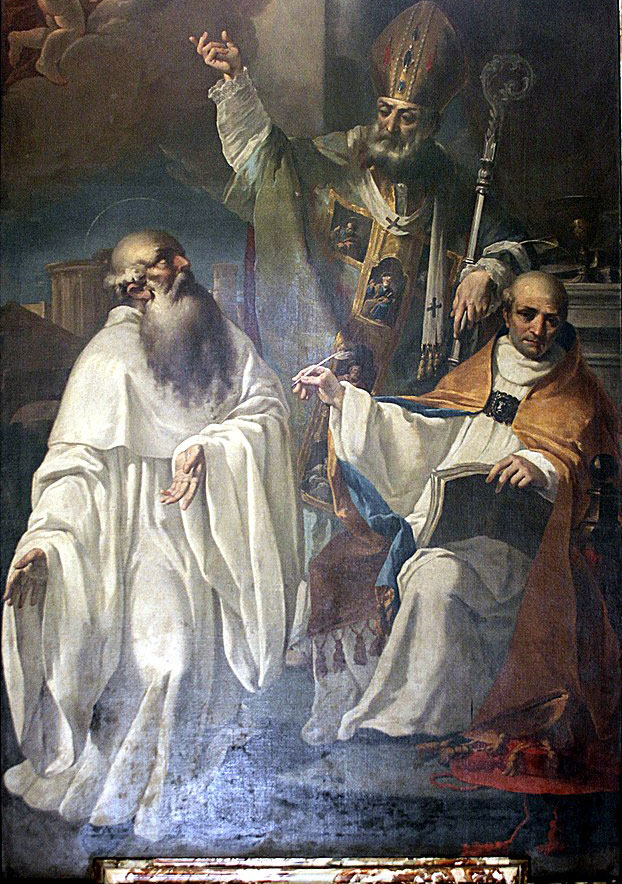 On this day, 20 October 1349, Pope Clement VI condemned self-flagellation. The practice had become notorious and heretical.

Here and there from the fifth century onward, an occasional Christian left a record of self-punishment as a means of penance, or as a method of evoking tears for past sins. In the eleventh century, Cardinal Peter Damian gave self-discipline a boost by strongly advocating whipping oneself. In his opinion, to voluntarily inflict penance upon oneself was laudable. He used to whip himself naked because it was more painful and helped him keep his lusts in check. He was not alone in self-flagellation, but was its most famous advocate.

Although notable church leaders in Damian’s day and afterward frowned on self-whipping, their voices carried little weight during a thirteenth-century famine that devastated Europe. Around 1260, a movement of public flagellation appeared in Perugia and spread across Italy and Europe. Stripped to the waist, bands of men publicly whipped themselves and each other, hoping to atone for sins and placate God’s wrath. (Women also participated in private settings.)

The movement was not without benefit. A monk of Padua described the astonishing outbreak of flagellation in Perugia, and noted the revival-like aspects that followed in its wake:

Those who were at enmity with one another, became again friends. Usurers and robbers hastened to restore their ill-gotten riches to their right owners. Others, who were contaminated with different crimes, confessed them with humility, and renounced their vanities. Jails were opened; prisoners were delivered; and banished persons permitted to return to their native habitations. So many and so great works of sanctity and Christian charity, in short, were then performed by both men and women, that it seemed as if a universal apprehension [of coming judgment] had seized mankind.

The movement died down and seemed to have run its course until a severe outbreak of plague caused its revival in 1349. The new flagellants were more alarming to church authorities than the earlier had been, because their claims deviated further from church doctrine. Germanic flagellants claimed to have a letter brought by an angel to St. Peter’s Church in Jerusalem promising Christ’s forgiveness to all who would set themselves apart for thirty-four days of exile, flagellation, and singing. They insisted that their blood mingled with the blood of Christ for atonement and that their penance was preserving the whole world from perishing.

Flagellation replaced confession to priests and was considered more meritorious than martyrdom, for, unlike martyrdom, it was voluntary. Some flagellants taught that water baptism was useless—every true Christian must be baptized in his or her own blood. Some claimed that flagellation could atone for all past and future sins, and that it supplied the lack of any other good works. Many were puffed up by the cruelties they inflicted on themselves.

In light of such heterodox doctrines, the University of Paris appealed to Pope Clement for a ruling. After careful inquiry, he sent letters to all the bishops under his authority, condemning the flagellant movement and prohibiting its processions.

Despite the pope’s pronouncement and despite the subsequent involvement of the Inquisition, which burned two large groups of flagellants in the fifteenth-century, public exhibitions of self-beating continued. Jesuits encouraged flagellant processions during the seventeenth and eighteenth centuries, and the practice persisted in modified and non-heretical forms for centuries, especially in Latin America and the Philippines. A well-known flagellant group was the Hermanos Penitentes (Penitential Brothers) in colonial Spanish America.