When a Third of the World Died 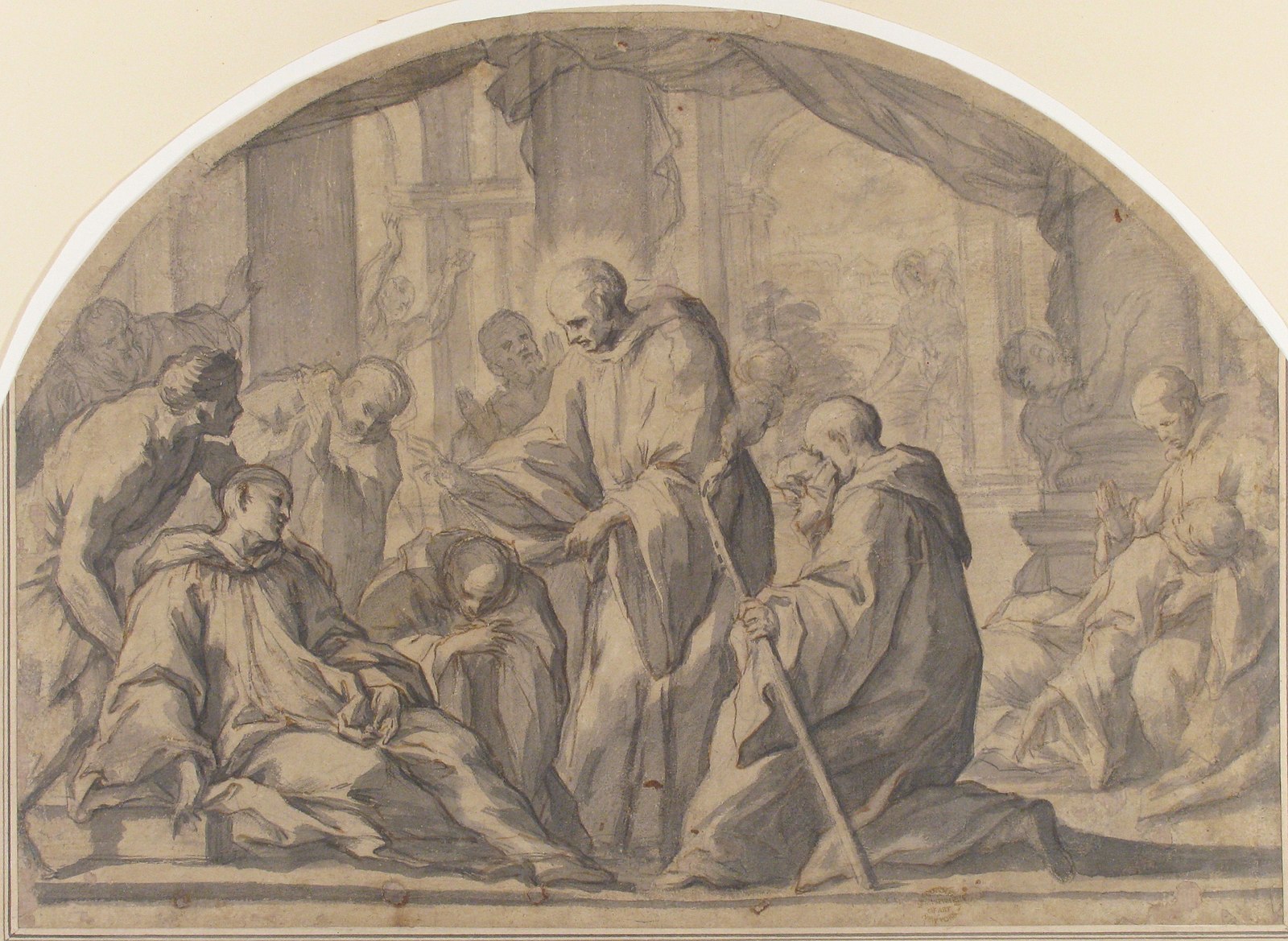 IN OCTOBER 1347, when a Genoese trading ship fresh from the Crimea docked at a harbor in Sicily, dead and dying men lay at the oars. The sailors had black swellings the size of eggs in their armpits and groins, swellings that oozed blood and pus, and spreading boils and black blotches on the skin. The sick endured severe pain and died within five days of the first symptoms.

Other symptoms appeared in some of the next victims: continuous fever and spitting of blood. These victims coughed, sweated heavily, and died within three days or less—sometimes in 24 hours. No matter the symptoms, everything about the victims smelled foul, and depression and despair fell over them when they contracted the disease.

Borne by ships traveling the coasts and rivers, by early 1348, the plague had penetrated Italy, North Africa, France, and crossed the English Channel. At the same time, it moved across the Alps into Switzerland and reached eastward to Hungary.

In a given area, the plague wreaked its havoc within four to six months and then faded, except in larger cities. There it slowed in winter only to reappear in spring to rage for another six months. In 1349, it hit Paris again and began spreading through England, Scotland, and Ireland as well as Norway, Sweden, Denmark, Prussia, and Iceland, sometimes in chilling fashion. Off the coast of Norway, a ship drifted aimlessly offshore, finally grounding itself in Bergen. On boarding the ship, people discovered a load of wool and a dead crew.

By mid-1350, the plague had passed through most of Europe. The mortality rate ranged from 20 percent in some places to 90 percent in others. In many rural villages, the last survivors moved away, and the village sank back into the wilderness, leaving only grass-covered mounds. Overall the estimate of one medieval observer matches that of modern demographers: “A third of the world died.” That would have meant about 20 million deaths.

In other words, from 1347 to about 1350, medieval Europe experienced perhaps the greatest calamity in human history. It shouldn’t surprise us that this plague, or the Black Death as it is often called, left its mark on medieval Christianity. But in many cases, the mark it left looked as hideous as the symptoms of the Black Death itself.

In the beginning, people were merely astonished, and awed witnesses tended to exaggerate their reports. In Avignon, France, chroniclers put the death toll at 62,000 (and some at 120,000), although the city’s population was probably less than 50,000. Exaggeration or not, the plague devastated cities and grand projects came to a standstill: in Siena, Italy, as the Black Death took more than half the inhabitants, work was abandoned on the great cathedral, planned to be the largest in the world.

The primary concern at first was burying all the bodies. When graveyards filled up, bodies at Avignon were thrown into the Rhone river until mass burial pits were dug. In London, corpses piled up until they overflowed out of the pits. Corpses were left in front of doorways, and the light of each morning revealed new piles of bodies.

Rather than encourage mutual aid, the plague’s deadliness drove people from one another. One Sicilian friar reported, “Magistrates and notaries refused to come and make the wills of the dying,” and worse, “even the priests did not come to hear their confessions.” In one account called the Decameron, the author said, “One man shunned another . . . kinsfolk held aloof, brother was forsaken by brother, oftentimes husband by wife; nay, what is more, and scarcely to be believed, fathers and mothers were found to abandon their own children to their fate, untended, unvisited as if they had been strangers.

Yet there were also pockets of extraordinary Christian charity. According to one French chronicler, the nuns at one city hospital, “having no fear of death, tended the sick with all sweetness and humility.” New nuns replaced those who died, until most had died: “Many times renewed by death [they] now rest in peace with Christ as we may piously believe.”

To most people there was but one explanation for the calamity: the wrath of God. A scourge so sweeping had to be divine punishment for sin. One writer compared the plague to the Flood.

Efforts to appease God’s wrath took many forms, but the most common were processions authorized at first by the pope. Some lasted as long as three days, and some were attended by as many as 2,000 (which, of course, just help spread the plague). Penitents went barefoot and wore sackcloth; they sprinkled themselves with ashes, wept, prayed, tore their hair, carried candles and relics. They wound through city streets, begging for mercy from Jesus, Mary, and the saints.

When the plague refused to abate, the processions moved from ceremonies of remorse to self-flagellation. The flagellants believed they were society’s redeemers; they re-enacted Christ’s scourging on their own bodies to atone for human sin.

Stripped to the waists, beating themselves with leather whips tipped with iron spikes until the blood flowed, groups of 200 to 300 (and sometimes up to 1,000), marched from city to city. They begged Christ and Mary for pity, and townspeople sobbed and groaned in sympathy. They performed three times a day, twice publicly in the church square and once in private.

They were organized under a lay Master for usually 33 1/2 days—to represent Christ’s years on earth. They pledged self-support and obedience to the Master. They were not allowed to bathe, shave, change clothes, sleep in beds, talk or have intercourse with women without the Master’s permission.

The movement quickly spread from Germany through the Low Countries to France. Hundreds of bands roamed the land, exciting already overwrought emotions in city after city. Inhabitants greeted them with the ringing of church bells and offered them hospitality. Children were brought to them to be healed. People dipped cloths in the flagellants’ blood and pressed the cloths to their eyes and preserved them as relics.

The flagellants quickly grew arrogant and began overtly attacking the church. Masters began hearing confessions, granting absolution, and imposing penance. Priests who tried to stop them were stoned; opponents were denounced as Antichrists. The flagellants took over churches, disrupted services, ridiculed the Eucharist, looted altars, and claimed the power to cast out demons and raise the dead.

Then the self-torturers and other Christians turned their anxiety upon another group: the Jews. Jews were suspected of poisoning city wells, intending “to kill and destroy the whole of Christendom and have lordship over all the world.” Lynchings began in the spring of 1348 following the first plague deaths. In France, Jews were dragged from their houses and thrown into bonfires

Pope Clement VI tried to stop the hysteria. He said Christians who imputed the pestilence to the Jews had been “seduced by that liar, the Devil,” and that the charge of well-poisoning and the massacres were a “horrible thing.” He urged priests to take Jews under their protection as he himself offered to do, but his voice was hardly heard in the rush to find a scapegoat.

In one town, an entire community of several hundred Jews was burned in a wooden house especially constructed for the purpose. The 2,000 Jews of Strasbourg, France, were taken to the cemetery, where those who didn’t convert were burned in rows of stakes.

Eventually church and state got the upper hand. When Clement VI called for their arrest, the flagellants disbanded and fled, “vanishing as suddenly as they had come,” wrote one witness, “like night phantoms or mocking ghosts.”

The plague broke out about once a decade over the next sixty years in various places. Yet for all the excess of sorrow and death, there were few profound lasting effects on society.

Others noted an improvement: many people living together got married, and swearing and gambling had so diminished that manufacturers of dice were turning their product into beads for saying prayers.

Higher education benefited. Emperor Charles IV felt deeply the cause of “precious knowledge which the mad rage of pestilential death has stifled throughout the wide realms of the world.” He founded the University of Prague in the plague year of 1348. By 1353, three new colleges were founded at Cambridge, one of them funded by the income derived from masses for the dead.

The church was also enriched, first by the offerings of pilgrims who, in 1350, flocked to Rome seeking absolution from their sins. Also, a flood of bequests were made to religious institutions. In October 1348, the Council of Siena temporarily suspended its annual taxes for religious charities because these were so “immensely enriched and indeed fattened” by bequests.

But the church also garnered much criticism. Most clergy turned out to be as frightened and self-serving as the populace, some gouging people for their services during the crisis. This was severely condemned by Pope Clement VI and violently resented by the people. In Worcester, England, for example, citizens broke down the gates of a priory, attacked the monks, and tried to set fire to the buildings.

Wrote one contemporary, “When those who have the title of shepherd play the part of wolves, heresy grows in the garden of the church.” Most people plodded on as before, but dissatisfaction with the church’s behavior at a critical moment accelerated reform movements, which were to break out uncontrolled a century and a half later. CH

Princes and knights were expected to be men of noble character, military prowess, and deep Christian faith.

The two most widespread medieval heresies.

How the Catholic Church responded to heresy.

God’s Glory in Wood and Stone

Intriguing facts behind one of medieval Christendom’s magnificent legacies: The Cathedral.