It Happened on OCTOBER 17 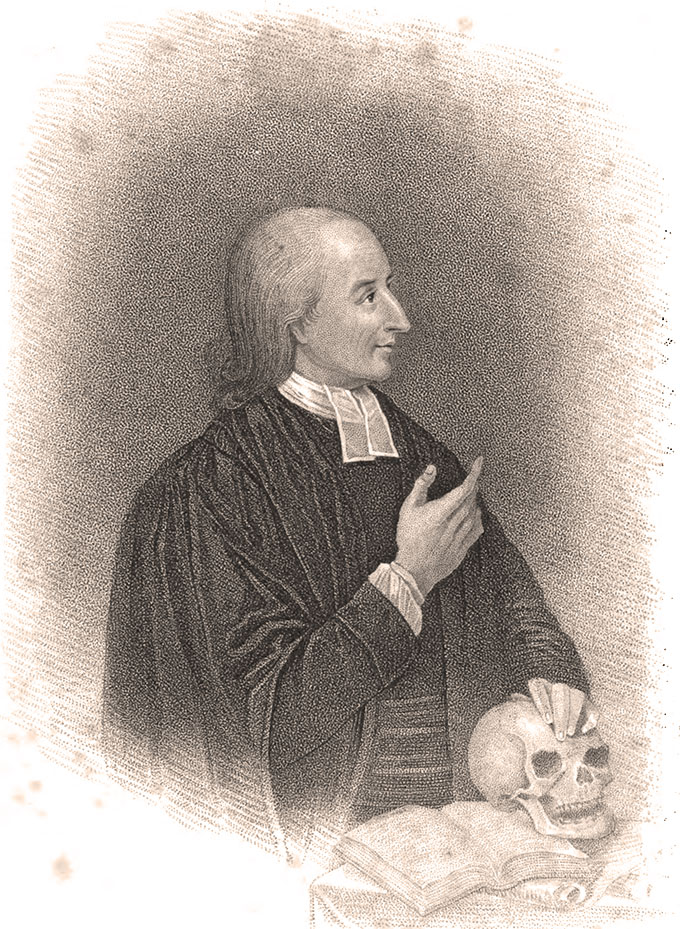 To outward appearances, John Fletcher was a godly young man. From his childhood days in Switzerland, he had been attentive to God’s word and tender of conscience. He had even won an award from his professors for an essay on godliness. Yet, when he was old enough to choose a profession, he felt he was unworthy to enter the ministry. A bold and vigorous youth, he determined to become a soldier. Twice his ambition was thwarted: the first time because he was badly scalded in an accident, the second because peace was made.

Disappointed, he traveled to England to improve his knowledge of English and to see if he could find work. He did both, acquiring excellent English and becoming tutor to the sons of Thomas Hill, member of Parliament from Tern Hall, Shropshire. He also became aware of a deep spiritual unease in himself.

At eighteen, Fletcher had awakened from a nightmare in which he dreamed he was damned. That set him searching for a deeper faith. Now a poor but godly Englishwoman made him aware his Christianity lacked something. Through months of despair, lighted by flashes of hope, he prayed for assurance of God’s pardon. He joined the Methodists and became even more aware of his spiritual deficiencies. Trying to become righteous on his own, he found that every time he reached a goal, his object was just as distant as before. Ascetic practices undermined his health.

Head knowledge of Christ was not enough for him. He wanted heart conviction. At last he found peace in trusting and obeying Christ. Soon afterward, he committed to becoming a Christian minister, took holy orders, and began preaching when opportunities opened. Usually a church invited him to speak only once because his fervent, biblical preaching did not sit well with complaisant churchgoers.

Mr. Hill respected him, however. Hill’s sons had outgrown tutoring, so he offered Fletcher the living at Dunham, Cheshire. “The parish,” he said, “is small, the duty light, the income good, and it is situated in a fine, healthy, sporting country.”

Fletcher replied that too much money and too little work would not suit him.

“Few clergymen make such objections,” said Mr. Hill. “What shall we do? Would you like Madeley?”

“That, Sir, would be the very place for me.”

Hill had no difficulty persuading Madeley’s vicar to exchange it for Dunham, which paid twice as much and did not have the bad reputation of Madeley. On this day, 17 October 1760, John Fletcher was inducted into the Vicarage of Madeley.

His efforts to win its souls for Christ were remarkable and effective. Fletcher literally chased down sinners to share the gospel with them. Real regeneration—new birth, new creation—was needed, he insisted. Gradually his preaching bore fruit as did the Sunday school he set up. He also wrote many books in such clear English that few readers would have guessed it was his second language.

Fletcher remained at Madeley for thirty years. Late in life he married a woman of equal conviction with his own. Mary Bosanquet would preach up to five times a week. She insisted that some women “are called to entreat sinners to come to Jesus,” and “woe be to them if they obey it not.”

Designated to be John Wesley’s successor, Fletcher preceded him in death in 1785.