It Happened on OCTOBER 10 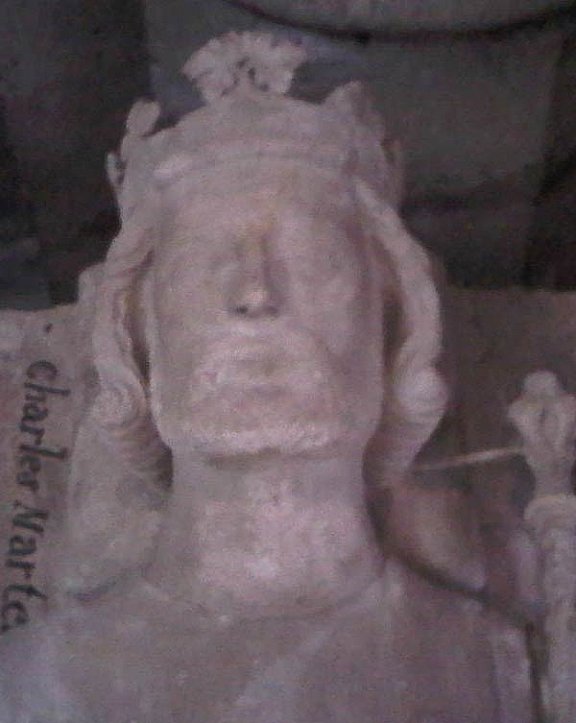 CHARLES was the illegitimate son of Pepin of Herstal, master of Gaul, but he did not let his birth become an obstacle to success. After Pepin’s death, his wife Plectrude imprisoned Charles. Under her rule, tribes that Pepin had controlled revolted. During the troubles that followed, Charles escaped, battled enemies on every side, placed a king from the Merovingian dynasty on the throne, overthrew Plectrude, named himself Mayor of the Palace, and became lord of Western Europe.

Meanwhile Muslims, having conquered most of the formerly Christian lands of the Mideast, North Africa, and Spain, set their sights on France. Led by Abderrahman, they defeated Duke Eudes of Aquitaine and headed toward Tours, seeking plunder. Charles hurried to save the city.

According to a Muslim account, Charles did not arrive on time: “Abderrahman and his host attacked Tours to gain still more spoil, and they fought against it so fiercely that they stormed the city almost before the eyes of the army that came to save it; and the fury and the cruelty of the Moslems towards the inhabitants of the city were like the fury and cruelty of raging tigers.” That same author also reported the Muslim defeat. “It was manifest that God’s chastisement was sure to follow such excesses; and Fortune thereupon turned her back upon the Moslems.”

On this day, 10 October 732* Charles met the invaders near Poiters. The Muslims were mounted, and their cavalry employed stirrups. The Franks were on foot. Nevertheless, they were able to stand against the horsemen. At evening, the battle was a stalemate.

The next morning the Muslims seemed on the verge of victory, breaking through the French lines and almost reaching Charles. However, a rumor flew about that their loot was being plundered and many warriors dashed off to protect their spoils. The Franks cut down Abderrahman. Without their leader, the Muslims lost heart and fled, suffering heavy losses.

Many historians believe that this battle preserved Christendom. Although much of Europe was still pagan, Christianity had taken hold in parts, and Charles’ victory ensured that mission work could go forward. Muslims would raid again from Iberia, but never presented as much of a threat as they did at Tours. Because of his many victories, Charles earned the nickname “Martel,” meaning “hammer.” His descendants held great power in Europe, most notably Charlemagne, who founded the Holy Roman Empire. (Issue 108 of Christian History features Charlemagne.)

*This is the date usually given, although consensus is not universal.

Christianity and Islam compares and contrasts the rival faiths.