“The truth might fare better at a lower temperature.” Philipp Melanchthon (1497–1560), at the Leipzig Debate. 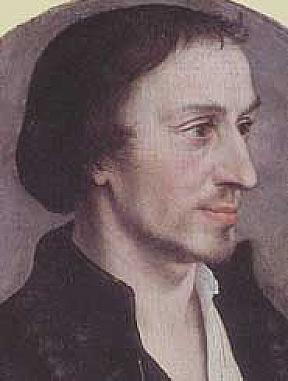 Truth at a lower temperature

Nearly two years have passed since Martin Luther tacked his Ninety-Five Theses to the door of the Wittenberg church. These have generated great interest, been widely reprinted, and aroused argument all over Europe. A principle point of Luther’s theses is that “preachers of indulgences are in error, who say that by the pope’s indulgences a man is freed from every penalty, and saved.” People take sides. A brilliant and peaceful young professor named Melanchthon believes that Luther is closer to the truth than his opponents and sides with him. Nonetheless, even in the hottest debates, Melanchthon aligns himself with those who seek peaceable reconciliation—if agreement can be reached while preserving the essential truths of the faith. His moderate approach will not prevail. Within a few years, religious differences will erupt into war between Catholics and Protestants.

So keen is interest in religious matters in 1519, and so golden the opportunity for publicity, that Johann Eck, a quick-witted German theologian and apologist for traditional Roman Catholicism, invites Andreas Karlstadt, a Luther supporter, to Leipzig, Germany to debate some issues that separate the Lutherans and Romanists. A born showman, Eck parades around Leipzig with a bodyguard of seventy-six men, fifes playing and drums pounding.

On 24 June 1519, Karlstadt, Luther, and Melanchthon arrive to uphold the Lutheran position. Debate begins on the 27th. It will last eighteen days. Thousands converge to watch and listen. After attending mass at six o'clock in the morning, the participants gather in Duke George’s castle auditorium, where his secretary gives a two-hour speech, setting the rules of engagement.

That afternoon the parties haggle over additional conditions for the debate. Will there be stenographers? Will there be judges? When may the two sides publish the results?

Eck is opposed to stenographers. It might hamper the spontaneous heat of the debate, he says. The peaceable Melanchthon, aware that too much has already been said in passion on both sides, replies with dry sarcasm: “The truth might fare better at a lower temperature.” * The contestants agree to stenographers.

Eck first debates Karlstadt. Although a slow thinker, Karlstadt forces Eck from his position on free will, but the nimble Eck makes his loss appear a victory, and the judges declare him the winner. However, Eck’s debate with Luther does not go so well. The judges are undecided. The best outcome for Rome and for church unity would have been some progress toward common ground. However, Eck’s flamboyance and the special treatment given him by the city fills Luther with resentment. Eck’s taunt that Luther is a follower of Jan Hus drives the reformer to investigate Hus and to discover how much he has in agreement with the Bohemian reformer of the previous century. This strengthens his already growing assurance that he is right in rejecting indulgences and other Roman teachings.

Far from finding common ground, the gap between the two sides widens. The differences between Lutherans and Romanists become irreparable at Leipzig—a setback for any hopes Rome or the reformers have of reunification. In the end, both sides claim victory, and both break their agreed timeline for publication.

Eventually, having failed in a lifetime of efforts to bring peace between quarrelling factions—Rome vs. Lutherans, other Protestants vs. Lutherans, and Lutherans vs. Lutherans—Melanchthon will write that he only longs to die and escape the “frenzy of theologians.”

*Steve Perisho, in a blog entry titled Pseudo-Melanchthon questions whether Melanchthon was this succinct. See his translation.

Introduction to the book

Article #1: My soul magnifies the Lord

Mary, the Mother of Jesus (flourished first century). Quoted in the Gospel of Luke.