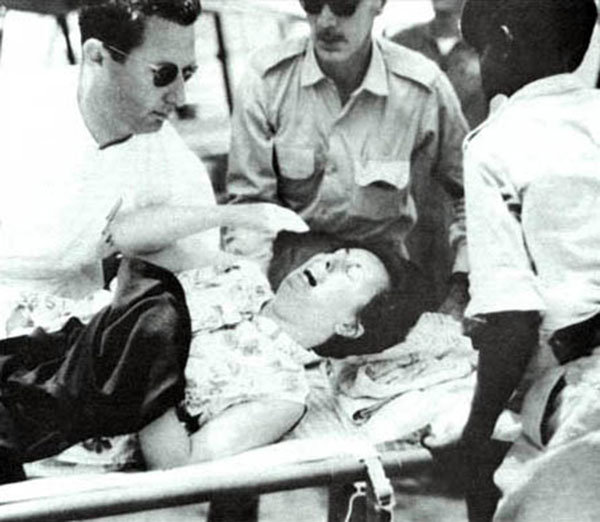 In 1964 Paul Carlson became the international face of foreigners held captive by Simba Rebels in the Congo. A missionary doctor, he could have fled when the terrorist group approached. Instead, he chose to stay. One hundred thousand people looked to him as their only doctor. His concern for others proved fatal to him. The rebels captured him and took him to Stanleyville, treating him cruelly before killing him. He was able to send a few letters to his wife and family. Here is one, dated this day, 25 September 1964, shortly before he was taken to Stanleyville.

“My dearest Lois, Wayne, Lyn, Mom, Dad & all—I have to go to Stanleyville. I do not know the future. I do not expect to see you in this life again. I’m sorry honey I did this to you but I didn’t realize. I trusted in God and there must have been and is a reason for all of this. Tell everyone to labor harder for Christ for me.

“I love you very much and one of the hardest things has been to be causing much suffering....Tell everyone at our mission we must just follow Christ.”