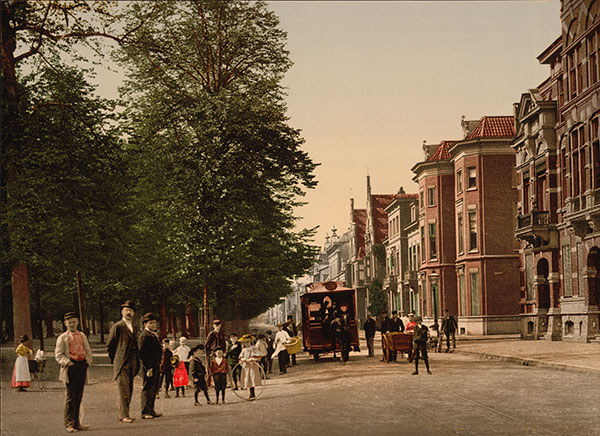 Old Catholics left the Church of Rome in 1870 when it declared the pope to be infallible under certain conditions. There were about 60,000 of them, mostly active in the Netherlands, Germany and Switzerland; today there are around 110,000. On this day, 24 September 1889, representatives of the Old Catholics signed The Declaration of Utrecht in Holland stating their principles under eight points.

“1. …We preserve in professing the faith of the primitive Church, as formulated in the ecumenical symbols and specified precisely by the unanimously accepted decisions of the Ecumenical Councils held in the undivided Church of the first thousand years.

“2. We therefore reject the decrees of the so-called Council of the Vatican, which were promulgated July 18th, 1870, concerning the infallibility and the universal Episcopate of the Bishop of Rome, decrees which are in contradiction with the faith of the ancient Church, and which destroy its ancient canonical constitution by attributing to the Pope the plentitude of ecclesiastical powers over all Dioceses and over all the faithful. By denial of this primatial jurisdiction we do not wish to deny the historical primacy which several Ecumenical councils and Fathers of the ancient Church have attributed to the Bishop of Rome by recognizing him as the Primus inter pares.

“6. Considering that the Holy Eucharist has always been the true central point of Catholic worship, we consider it our right to declare that we maintain with perfect fidelity the ancient Catholic doctrine concerning the Sacrament of the Altar, by believing that we receive the Body and Blood of our Savior Jesus Christ under the species of bread and wine….

“8. By maintaining and professing faithfully the doctrine of Jesus Christ, by refusing to admit those errors which by the fault of men have crept into the Catholic Church, by laying aside the abuses in ecclesiastical matters, together with the worldly tendencies of the hierarchy, we believe that we shall be able to combat efficaciously the great evils of our day, which are unbelief and indifference in matters of religion.”

The Declaration of Utrecht (with spelling changes). http://www.catholic-canc.us/utrecht.htm