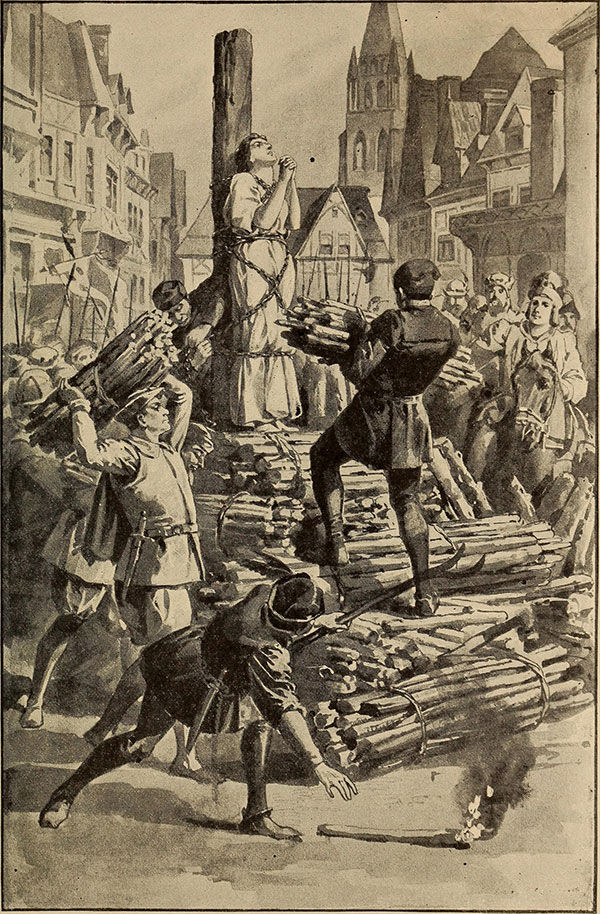 Cicely Ormes at the stake.

When Cicely Ormes of St. Lawrence, Norwich, England, was twenty-one years old, she recanted her Protestant beliefs under pressure from  a Catholic magistrate. Miserable at her apostasy, she then wrote a letter repudiating her recantation. Arrested a year later, the magistrate said she might go free if she would promise only to hold her tongue about her beliefs. Unwilling to suffer again the inward shame of having let Christ down, she refused and was burned at the stake on this day 23 September 1557, dying without complaint. On coming to the stake she laid her hand on it and said,

“Welcome thou cross of Christ.”