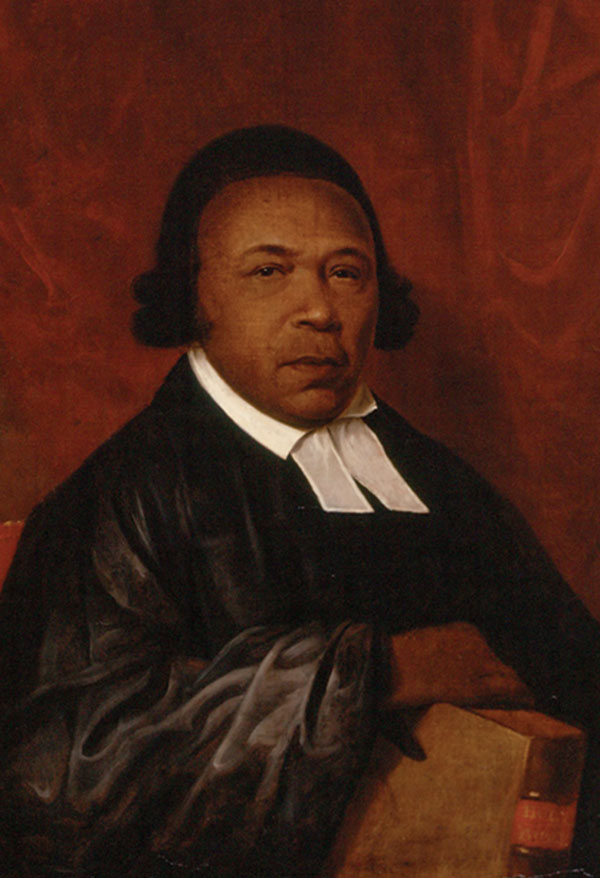 When white Methodists attempted to segregate African Americans in St. George’s Church in Philadelphia, the blacks withdrew and built their own churches. One was the St. Thomas African Church, which associated with the Episcopal Church. Some opponents suggested their separation were motivated by pride. To refute this, on this day 12 August, 1794, their leader, Absalom Jones, and his associates drafted “The Causes and Motives for Establishing St. Thomas’s African Church,” stating their true aims.  Jones would eventually become America’s first African American Episcopal priest.

“WHEREAS, a few of our race did in the NAME and FEAR Of GOD, Associate for the purpose of advancing our friends in a true knowledge of God, of true religion, and of the ways and means to restore our long lost race, to the dignity of men and of Christians; —and

“Whereas, God in mercy and wisdom, has exceeded our most sanguine wishes, in blessing our undertakings, for the above purposes, and has opened the hearts of our white brethren, to assist in our undertakings therein; —and

“Whereas the light of the glorious gospel of God, our Saviour, has begun to shine into our hearts, who were strangers to the true and living God, and aliens to the commonwealth of this spiritual Israel; and having seen the dawn of the gospel day, we are zealously concerned for the gathering together our race into the sheep-fold of the great Shepherd and Bishop of our souls; and as we would earnestly desire to proceed in all our ways therein consistent with the word of God or the scripture of the revelation of God’s will, concerning us and our salvation; —and

Whereas, through the various attempts we have made to promote our design, God has marked out made our ways with blessings….

“And in order the more fully to accomplish the good purposes of God’s will, and organize ourselves for the purpose of promoting the health the people all, but more particularly our relatives, of color. We, after many consultations, and some years deliberation thereon, have gone forward to erect a house for the glory of God, and our mutual advantage to meet in for clarification and social religious worship. And more particularly to keep an open door for those of our race, who may be into assemble with us, but would not attend divine worship in other places; and ….

“Whereas, for all the above purposes, it is needful that we enter into, and forthwith establish some orderly, Christian-like government and order of former usage in the Church of Christ; and … to avoid all appearance of evil, by self-conceitedness, or an intent to promote or establish any new human device among us,

“Now be it known to all the world and in all eyes thereof, that we the founders and trustees of said house did on Tuesday the twelfth day of August, in the year of our Lord, one thousand seven hundred and ninety four

“To resign and conform ourselves to the Protestant Episcopal Church of North America. —And we dedicate ourselves to God, imploring his holy protection; and our house to the memory of St. Thomas, the Apostle, to be henceforward known and called by the name and title of St. Thomas’s African Episcopal Church of Philadelphia; to be governed by us and our successors for ever …. "