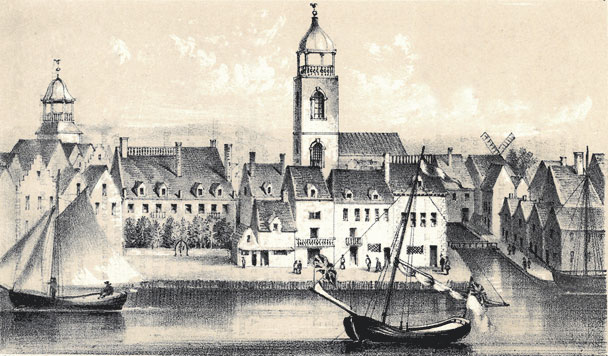 The first ordained minister of the Reformed Dutch in New Amsterdam (today’s New York) was Jonas Michelius, who was of French descent. He knew a little French and agreed to minister to the French speakers of the colony. He held his first service for them on Easter, 1628, just sixteen days after crossing the Atlantic. Three and a half months later, on this day 11 August, 1628, he wrote this account to a friend in the Netherlands.

“The Lord’s Supper was administered to them (the French and Walloons) in the French language, and according to the French mode with a discourse proceeding, which I had before me in writing, as I could not trust myself extemporaneously.”