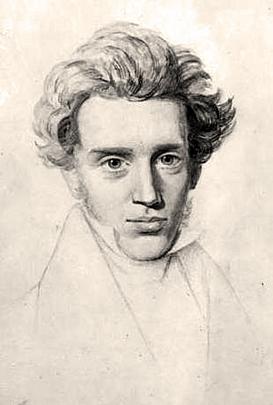 One of the most famous passages from the diary of Søren Kierkegaard bears the date 1 August 1835. Because it expresses a desire for meaning through action, it illustrates why he is known as the father of existentialism. He was then twenty-two years old and had not yet met Regine, the woman to whom he became engaged but then mysteriously renounced. For twenty more years, he led a solitary life, engaging passersby in conversation and publishing thoughtful philosophical-theological works.

“What I really need is to get clear about what I must do, not what I must know, except insofar as knowledge must precede every act. What matters is to find a purpose, to see what it really is that God wills that I shall do; the crucial thing is to find a truth which is truth for me, to find the idea for which I am willing to live and die. Of what use would it be for me to discover a so-called objective truth....and constructing a world I did not live in but merely held up for others to see; of what use would it be for me to be able to formulate the meaning of Christianity, to be able to explain many specific points—if it had no deeper meaning for me and for my life?...Of what use would it be to me for truth to stand before me, cold and naked, not caring whether or not I acknowledge it, making me uneasy rather than trustingly receptive. I certainly do not deny that I still accept an imperative of knowledge and that through it men may be influenced, but then it must come alive in me, and this is what I now recognize as the most important of all. This is what my soul thirsts for as the African deserts thirst for water.”