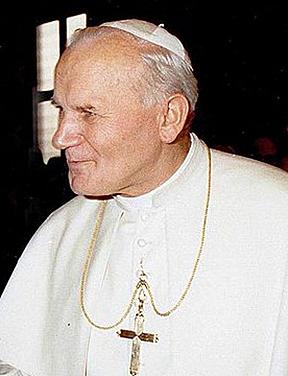 In 2004, Muslim terrorists attacked Christian churches in Iraq during worship services. In response, Pope John Paul II prayed for the Iraqis on this day, 2 August 2004, and the Press Office of the Holy See released a message from the pope to Emmanuel III Delly, Patriarch of the Chaldeans of Babylon and president of the Assembly of Catholic Bishops of Iraq. The pope said:

“The painful news of the tragic attacks that occurred yesterday in Baghdad and Mossul against various Catholic communities, who were gathered in prayer in their respective places of celebration, deeply struck me.

“In this time of trial, I am spiritually close to the Church and the people of Iraq and I renew the expression of my solidarity to the pastors and the faithful, assuring them of my prayers and of my constant pledge, so that a climate of peace and reconciliation may be restored in this beloved nation….

“At the same time, I hope that all the believers in the one kind and merciful God will unite in deploring any form of violence and cooperate to restore harmony in the troubled Iraqi land.”