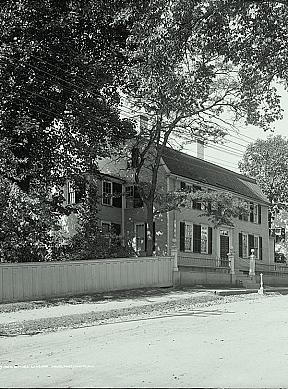 At the onset of the American Revolutionary War, some pastors took the side of the revolution. Among them was Reverend Samuel Langdon, president of Harvard and pastor of a Congregational church in Portsmouth, New Hampshire. He had helped defend Bunker Hill. Afterward he returned to his church to announce he was devoting himself full-time as chaplain to patriot troops. He recorded the scene in his diary entry for this day 20 July, 1775.

“This has been one of the most important and trying days of my life. I have taken leave of my people for the present and shall at once proceed to the American camp at Boston and offer my services as chaplain in the army. Ever since the battle of Bunker Hill, my mind has been turned to this subject. God’s servants are needed in the army to pray with it and for it. This is God’s work, and his ministers should set an example that will convince the people that they believe it to be such.

“But the scene in the house of God today has tried me sorely. How silent, how solemn, was the congregation, and when they sang the 61st Psalm—commencing, ‘When overwhelm’d with grief, / My heart within me dies’—sobs were heard in every part of the building.

“At the close, I was astonished to see Deacon S., now nearly 60 years of age, arise and address the congregation. ‘Brethren,’ said he, ‘our minister has acted right. This is God’s cause, and as in days of old, the priests bore the ark into the midst of the battle, so much they do it now. We should be unworthy of the fathers and mothers who landed on Plymouth Rock if we do not cheerfully bear what Providence shall put upon us in the great conflict now before us. I had two sons at Bunker Hill, and one of them, you know, was slain. The other did his duty, and for the future, God must do with him what seemeth him best. I offer him to liberty. I had thought that I would stay here with the church. But my minister is going, and I will shoulder my musket and go, too.”