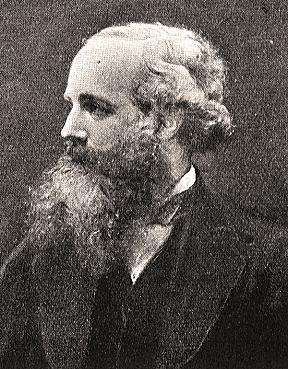 James Clerk Maxwell showed early promise in physics, especially with an uncanny intuition into the mathematics of light. Scotland did not have the facilities to train him, but Maxwell’s godly father hesitated to allow his son to move to England for fear he might drift away from his strict Presbyterian faith. As it turned out, Maxwell remained devout and participated in Christian work until his death at the relatively young age of forty-eight. Today he is remembered for Maxwell’s Equations, which describe a wide range of electromagnetic behavior. There is hardly an area of early twentieth-century physics he did not anticipate. Einstein said he built his theory of relativity on Maxwell’s equations. On this day 23 June, 1864, Maxwell wrote the following note to his wife:

“Think what God has determined to do to all those who submit themselves to His righteousness and are willing to receive His gift. They are to be conformed to the image of His Son, and when that is fulfilled, and God sees that they are conformed to the image of Christ, there can be no more condemnation, for this is the praise which God Himself gives, whose judgment is just. So we ought always to hope in Christ, for as sure as we receive Him now, so sure will we be made conformable to His image. Let us begin by taking no thought about worldly cares, and setting our minds on the righteousness of God and His kingdom, and then we shall have far clearer views about the worldly cares themselves, and we shall be continually enabled to fight them under Him who has overcome the world.”

Campbell, Lewis and William Garnett. The Life of James Clerk Maxwell with a selection from his correspondence and occasional writings and a sketch of his contributions to science. London: Macmillan and co., 1882.