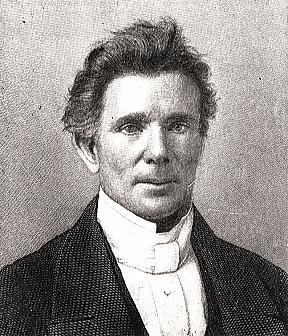 Alexander Duff was a Scotsman who became a missionary educator in Calcutta, India, serving there for much of the nineteenth century. He set up his first school under a banyan tree and within two years had over a thousand students. However, he saw few conversions. Nonetheless, his educational methods inspired reform in Hinduism, freed Indians to engage in modern medicine, and produced men able to staff India’s civil service, an important prerequisite for the nation’s eventual independence. When he returned to Scotland, he was suffering from malarial fever and was at one time little more than a walking skeleton. His attempts to arouse interest and support in his work at first met little success and he “could scarcely get from any one or in any place a patient hearing.” When that changed, he was in such demand that his health was jeopardized. He described his situation in a letter from London to a fellow worker David Ewart on this day 22 June, 1836.

“My Dear Ewart, — I cannot possibly describe to you the intenseness of interest which our mission now excites in our native laud. The eyes of all Scotland are now upon you. Oh, that God in His mercy would pour out His Spirit and seal home the truth to the hearts of numbers, yea, thousands of the perishing heathen! I had once cherished fondly the hope that this summer I would be retracing my steps to India. This, however, I find to be an impossibility ; the truth is, that the labours at home, into which I was impelled for the sake of arousing the Christian public, have retarded the progress of my recovery, and reduced me to the lowest state of exhaustion. From this it will require some time to recover, and yet my work at home is not ended. The only thing that reconciles me to the detention in my native land, is the assured fact that God has been pleased to employ me as an humble instrument in stirring up the slumbering zeal of our Church, and that the instrumentality has been crowned with a success which I never, never, never anticipated! Thanks be to God for all His undeserved mercies.”