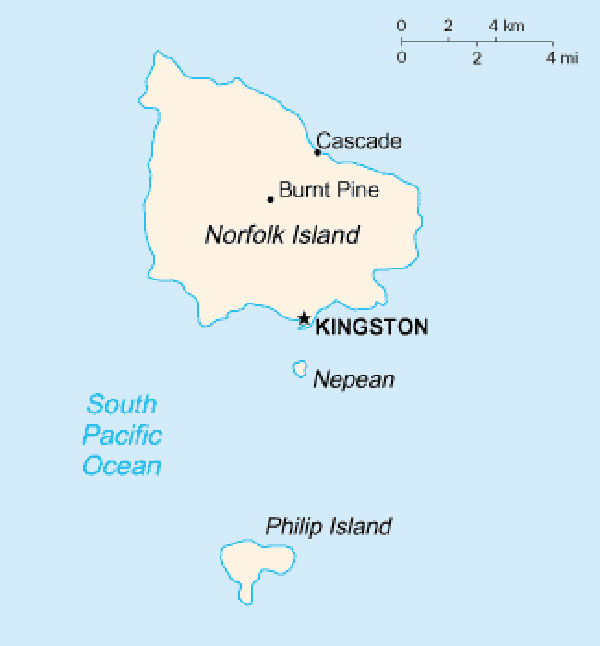 On this day, 21 June, 1842, twelve convicts at the British penal colony on Norfolk Island (now an external territory of Australia) attempted to seize the supply ship Governor Philip so that they might escape. The result was disastrous. The chaplain of the penal colony (not named in the report) described the aftermath:

“My duty as a clergyman called me to the scene of blood. When I arrived on the deck of the brig, it exhibited a frightful spectacle. My heart sickened at the extent of the carnage; and I was almost sinking with the faintness it produced, when I was roused by a groan so full of anguish and pain, that for a long time afterwards its echo seemed to reach me. I found that it came from a man lying further forward, on whose face the death-dew was standing, yet I could perceive no wound. Upon questioning him, he moved his hand from his breast, and I then perceived that a ball had pierced his chest, and could distinctly hear the air rushing from his lungs through the orifice it had left. I tore away the shirt, and endeavored to hold together the edges of the wound until it was bandaged. I spoke to him of prayer, but he soon grew insensible, and within a short time died in frightful agony. In every part of the vessel, evidences of the attempt which had ended so fatally presented themselves, and the passions of the combatants were still warm.”