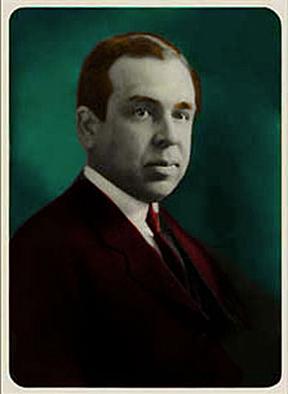 J. Gresham Machen was a Presbyterian theologian who felt his church was abandoning Bible truth. He became a controversialist and eventually a leading voice in a breakaway denomination. In a lecture delivered in London on this day June 17, 1932, he defended his engagement in controversies and arguments over faith.

“Men tell us that our preaching should be positive and not negative, that we can preach the truth without attacking error. But if we follow that advice we shall have to close our Bible and desert its teachings. The New Testament is a polemic book almost from beginning to end.

“Some years ago I was in a company of teachers of the Bible in the colleges and other educational institutions of America. One of the most eminent theological professors in the country made an address. In it he admitted that there are unfortunate controversies about doctrine in the Epistles of Paul; but, said he in effect, the real essence of Paul’s teaching is found in the hymn to Christian love in the thirteenth chapter of 1 Corinthians; and we can avoid controversy today, if we will only devote the chief attention to that inspiring hymn.

“In reply, I am bound to say that the example was singularly ill-chosen. That hymn to Christian love is in the midst of a great polemic passage; it would never have been written if Paul had been opposed to controversy with error in the Church. It was because his soul was stirred within him by a wrong use of the spiritual gifts that he was able to write that glorious hymn. So it is always in the Church. Every really great Christian utterance, it may almost be said, is born in controversy. It is when men have felt compelled to take a stand against error that they have risen to the really great heights in the celebration of truth.”