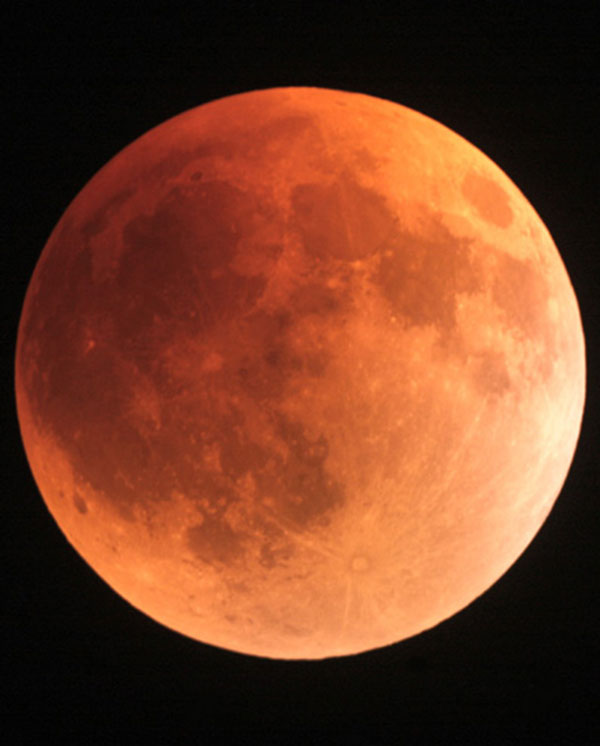 Red moon during an eclipse.

On this night, June 18, 1178, five star-gazing monks at Canterbury, England were startled to witness a strange phenomenon on the moon. Their report puzzles astronomers to this day because no easy explanation is a hand. It would not be hard to explain one “flame,” but a dozen are perplexing. Here is what a monk named Gervase (not one of the eyewitnesses) recorded:

“...after sunset when the moon had first become visible a marvelous phenomenon was witnessed by some five or more men...Now there was a bright new moon...its horns were tilted toward the east; and suddenly the upper horn split in two. From the midpoint of the division a flaming torch sprang up, spewing out, over a considerable distance, fire, hot coals, and sparks. Meanwhile the body of the moon which was below writhed, as it were, in anxiety...the moon throbbed like a wounded snake. Afterwards it resumed its proper state. This phenomenon was repeated a dozen times or more, the flame assuming various twisting shapes at random...Then after these transformations the moon from horn to horn...took on a blackish appearance. The present writer was given this report by men who saw it with their own eyes, and are prepared to stake their honor on an oath that they have made no addition or falsification in the above narrative.”