A Fresh Look at Economic Problems - 1931 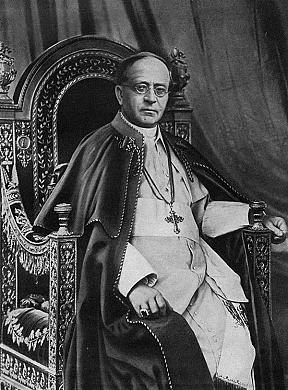 Pope Pius XI issued a major encyclical about economics on this day 15 May, 1931. It is known as Quadragesimo anno for its first two words in Latin, which mean “In the fortieth year.” The fortieth year refers to an earlier encyclical on economics, Rerum novarum, issued by Leo on the same day in 1891. Pius dealt with socialism, capitalism, private property, the just use of resources, labor, trade unions, and many other aspects of economic life. He summed up the need for a changed morality in the economic order in these words:

“It is not rash by any means to say that the whole scheme of social and economic life is now such as to put in the way of vast numbers of mankind most serious obstacles which prevent them from caring for the one thing necessary: namely, their eternal salvation...”