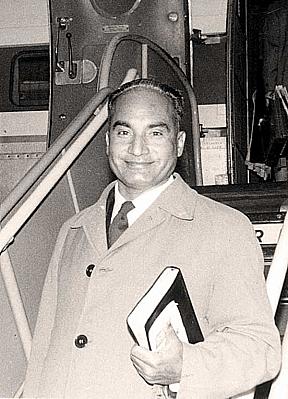 Before Bakht Singh left India to study engineering in England, his mother made him promise to remain a Sikh. He assured her he would do so, but instead once he arrived he affected atheism and squandered his school funds on pleasures that left him ashamed. While sailing to Canada for personal enjoyment, he attended a shipboard church service and became a Christian. He informed his parents of his conversion. They met him when he landed in Bombay on this day the 6th of April, 1933, pleading with him to keep his conversion a secret for the sake of the family honor. His answer, today’s excerpt, caused them to bar him from their home. He became a notable evangelist in India, founder of hundreds of groups of believers.

Bakht Singh. “How I Got Joy Unspeakable and Full of Glory: The Personal Testimony of Brother Bakht Singh.” Hyerbad, India.