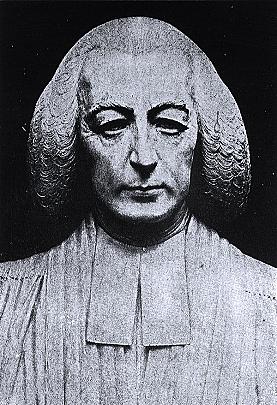 Henry Melchior Muhlenberg is widely regarded as the “Patriarch of American Lutherans.” He arranged the first Lutheran synod in the area that would one day become the United States. From the start opponents slandered him. They even went so far as to hire a woman to allege that he had committed serious sexual offenses. In court, she confessed she had lied. He had difficulties with a local printer, and with an assistant who seemed more interested in making money than in seriously dealing with spiritual issues. Here is his account of his problems with the local printer, from a report he wrote for his German superiors on this day March 6, 1745.

“The German printer here, named Christopher Sauer, had sought up to that time, both in private and in public, to make both myself and my office odious. His reason was that I had, as a matter of conscience, advised my congregation to be very cautious when they purchased any of the Bibles which he had lately printed, and carefully to examine whether he had not interpolated some notions of his own, for he is wont to embrace every other opportunity, in his almanacs and in his newspapers, to traduce [speak badly of] the Lutheran Church.”