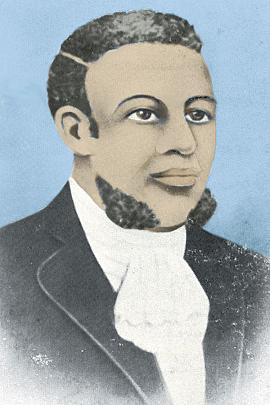 Lott Cary met many troubles as a missionary to Liberia.

After years of drunken and profane living, Lott Cary converted to Christianity and became a Baptist preacher in the hours he had free after work. With William Crane, he formed the first world mission organized by African Americans. Selling his farm to raise funds, he sailed to Liberia in 1822. He saw little success in his spiritual endeavors, became embroiled in local politics, and was even estranged for a time from Liberian governor Jehudi Ashmun. He was not easily discouraged, however, and contributed to the colony through agricultural experiments, educating children at his own expense, and doctoring the sick. He wrote a report to his board on this date, March 5, 1828.

“I did not expect to have written to the board by this conveyance, because I expected to have visited them this spring; but inevitable circumstances prevented me. The illness of my wife is a difficulty of all others that I cannot get over—she has the consumption of the inflammatory kind. I have used my skill to the uttermost with her, and availed myself of the advice of every physician that has visited us for several months past, but all has hitherto been in vain; I have twice attempted to carry her through a mercurial course of medicine, but have in both instances been obliged to stop it—I now leave the event to Providence. …

“Please to tell the board that I feel confident in saying to them, that their labors have hitherto been blessed; though they are too remote to see the benefits that have resulted to the inhabitants  of these benighted regions, yet they are clearly perceptible. The most I have been able to do, has been to endeavor to weed in the field, and take up ground to be occupied by them, that I have done, as I before informed them; they will therefore exert all the power and influence they possess to occupy and plant those fields: if they are regularly attended two or three years, I think then you will have pleasure without expense.”