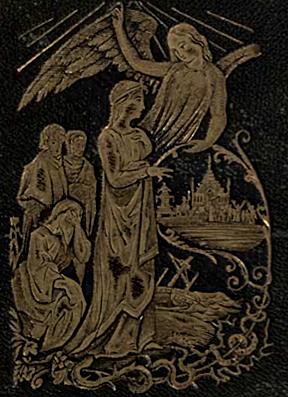 Sarah Hall Boardman Judson is depicted on a short memoir of her life.

Sarah Hall was a missionary-minded poet who became the wife of George Dana Boardman and was also his devoted helper in Burma (now Myanmar), where they worked among the Karen people. On this day, March 7, 1831, after George died of tuberculosis, she wrote his parents a long letter, describing his final days. She began on a triumphant note, reporting, “You will bless God that you were enabled to devote him to this blessed service among the heathen, when I tell you that within the last two months, fifty-seven have been baptized…” The rest of the letter described their son’s final days, and his burial beside their first child, who had predeceased them. In 1834 Sarah married Adoniram Judson, whose first wife, Anne, had died shortly before the Boardmans reached Burma. In 1844 Sarah became so ill that Adoniram sailed with her to return to the United States for medical treatment. She died on the way.

Here is an excerpt from her letter to Boardman’s parents.

“I soon perceived he was failing, and tenderly urged his return to town, where he could enjoy the quiet of home, and the benefit of medical advice. But he repelled the thought at once, saying he confidently expected improvement from the change, and that the disappointment would be worse for him than staying….

“[He added] ‘I trust we can both say that we bless God for bringing us to Burmah, for directing our footsteps to Tavoy, and even for leading us hither. You already know, my love,’ he continued, with a look of tenderness never to be forgotten, ‘that I cannot live long, I must sink under this disease; and should we go home now, the all-important business which brought us out, must be given up, and I might linger out a few days of suffering, stung with the reflection, that I had preferred a few idle days, to my Master’s service. Do not, therefore, ask me to go, till these poor Karens have been baptized.’ I saw he was right, but my feelings revolted. Nothing seemed so valuable as his life, and I felt that I could make any sacrifice to prolong it, though it were but for one hour….”