The Character of a Schoolmaster - 1828 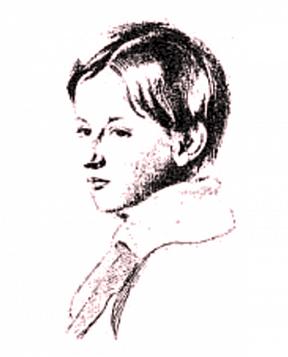 Augustus Hare as a boy. He would predict great things of Thomas Arnold.

In February 1828, Mrs. Catherine Stanley consulted Augustus Hare as to which school would be best for her thirteen-year-old son, Arthur Penrhyn Stanley. Stanley was shy and sickly but had shown real literary ability, although no affinity for sports. Hare, Mrs. Stanley’s cousin, was a noted author and storyteller. He recommended Rugby because of Thomas Arnold. Arthur Stanley did indeed attend Rugby (eventually becoming Dean of Westminster) and wrote a glowing biography of Arnold, Rugby’s Christian schoolmaster. Today’s excerpt is from Augustus Hare’s reply to Mrs. Stanley in a letter from Naples written this day March 26, 1828.

“Are you aware that the person of all others fitted to get on with boys is just elected master of Rugby? His name is Arnold. He is a Wykehamist [i.e., a graduate of Winchester] and Fellow of Oriel, and a particular friend of mine—a man calculated beyond all others to engraft modern scholarship and modern improvements on the old-fashioned stem of a public education. Winchester under him would be the best school in Europe; what Rugby may turn out I cannot say, for I know not the materials he has there to work on.”