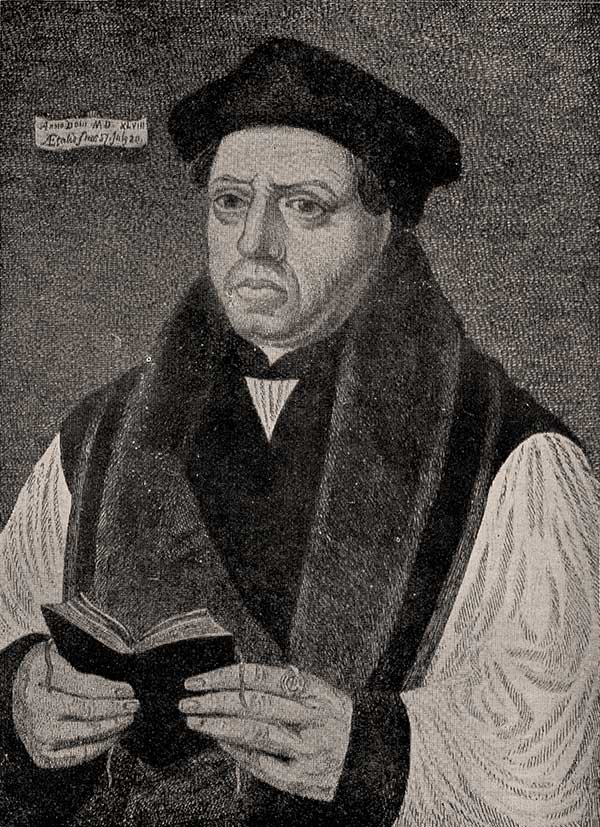 Thomas Cranmer was archbishop of Canterbury during much of the reign of King Henry VIII of England, architect of England’s Protestant Reformation, and primary author of the Book of Common Prayer. The liturgy he composed still remains in use by many Anglicans. Because Cranmer annulled the marriage of Henry VIII and Catherine of Aragon, he was in jeopardy when their Catholic daughter Mary came to the throne. In an effort to save himself from martyrdom by fire, he recanted his Protestant views. When he found he was to burn anyway, he wrote out a sermon to read before his execution which occurred on this day March 21, 1556. It called men to repentance and godly living before abruptly taking up the issue of his recantations.

“And now I come to the great thing which so much troubles my conscience, more than any thing that ever I did or said in my whole life, and that is the setting abroad of a writing contrary to the truth, which now here I renounce and refuse, as things written with my hand contrary to the truth which I thought in my heart, and written for fear of death, and to save my life, if it might be. . . . And forasmuch as my hand hath offended, writing contrary to my heart, therefore my hand shall first be punished; for when I come to the fire it shall first be burned.

“And as for the pope, I refuse him as Christ’s enemy, and Antichrist, with all his false doctrine.”