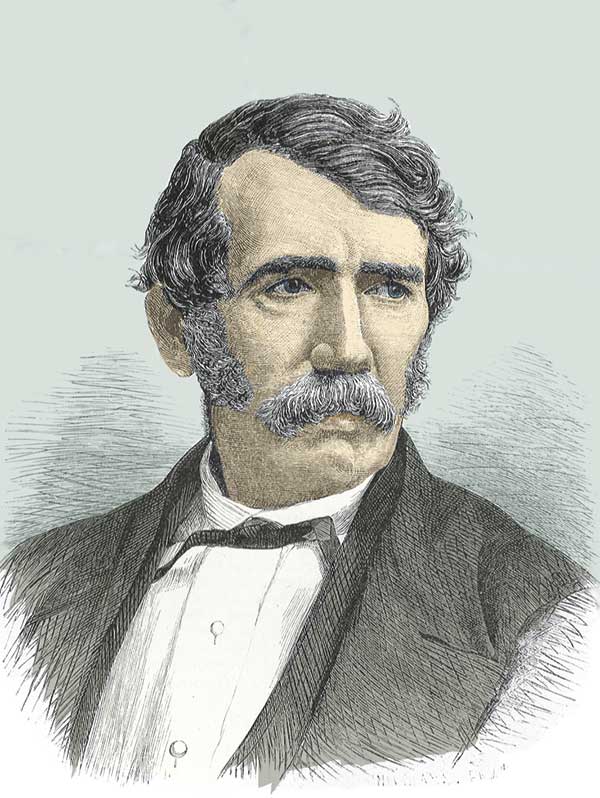 David Livingstone was one of the most famous Scottish missionaries to Africa, although he did more exploring than missionary work. He has been censured for gun-running, lying about his discoveries, and placing tribes at disadvantage by neglecting promises he made them. Nonetheless he did much to awaken the world to the horror of the Arab slave trade, which he called a “monster of iniquity brooding over Africa” and “this trade in hell.” Writing to his wife Mary Livingstone from Bashinge on this day March 20, 1855, he recounted an incident in the slave-trade he had seen that day. Referring to a slave-agent with whom he had been, he wrote:

“This agent is about the same in appearance as Mebalwe, and speaks Portuguese as the Griquas do Dutch. He has two chainsful of women going to be sold for the ivory. Formerly the trade went from the interior into the Portuguese territory; now it goes the opposite way. This is the effect of the Portuguese love of the trade: they cannot send them abroad on account of our ships of war on the coast, yet will sell them to the best advantage. These women are decent-looking, as much so as the general run of Kuruman ladies, and were caught lately in a skirmish the Portuguese had with their tribe; and they will be sold for about three tusks each. Each has an iron ring round the wrist, and that is attached to the chain, which she carries in the hand to prevent it jerking and hurting the wrist. How would Nannie like to be thus treated? and yet it is only by the goodness of God in appointing our lot in different circumstances that we are not similarly degraded, for we have the same evil nature, which is so degraded in them as to allow of men treating them as beasts.”